8 Of The Porsche 919’s Most Memorable Moments

Porsche’s return to the top class of endurance racing in 2014 was massively hyped, and although the Porsche 919 Hybrid wasn’t massively successful in its first year, it went on to become the car to beat in LMP1. In its four-year lifespan, it’s won both titles for three consecutive seasons and retires unbeaten, surely putting it up there with the 962 and 917 as one of Porsche’s greatest endurance racers.

Now with Porsche sadly joining Audi in withdrawing from LMP1, we take a look back at some of the cars most memorable moments from the past few years.

After something of a learning year in 2014, Porsche arrived with at the opening race of 2015 with an updated 919, and boy did it have some poke. At Silverstone the sheer straight-line speed of the Porsche came up against the handling qualities of the Audi R18 and five hours into the race, Neel Jani engaged in this incredible battle for the lead with Marcel Fassler.

At Le Mans that year all the talk was of the cars being so fast that they could potentially break the all-time lap record of La Sarthe in qualifying. And that’s exactly what happened, with Neel Jani taking pole with a lap of 3:16.887 seconds, breaking the record which has stood since 2008.

(It’s since been beaten by Kamui Kobayashi in the Toyota, but hey, this was a massive deal at the time!)

Porsche went all-out to win Le Mans in 2015, adding a third car to the team to bolster its chances. That car was driven by Nick Tandy, Earl Bamber, and a certain Nico Hulkenberg.

Amazingly it was this third car which ended up winning, giving Porsche its 17th Le Mans win and its first since way back in 1998. It also made Nico Hulkenberg the first active F1 driver to win the race since 1991, when Johnny Herbert and Bertrand Gachot won for Mazda.

The 2015 season came down to a battle between Porsche and Audi for the drivers’ championship, with Timo Bernhard, Brendon Hartley, and Mark Webber being the ones in it for Porsche.

Now right throughout his racing career Webber wasn’t exactly known for being blessed with the best luck, and towards the end of the final race in Bahrain, it looked all set for him to finally win a championship… but then the car developed multiple problems. Webber managed to nurse the issues and the car limped home down in fifth place – had it fallen much further down the order, the championship would have gone to the Audi crew.

Forget all the hype about Fernando Alonso wanting to complete the triple crown of motorsport, a couple of years ago it was all about whether Juan Pablo Montoya would do it.

He’d already won Monaco and the Indy 500 and just needed Le Mans to complete the set, and for a while it looked like it might happen when he tested the 919 Hybrid in the Bahrain rookie test at the end of 2015.

Despite loving the experience and claiming that it was one of the best cars he’d ever driven, the chance for him to actually race at Le Mans never materialised. Still, it gave us hope for a while…

Brendon Hartley was way, way out in the lead of the opening race of 2016, but threw it all away for him, his team and his teammates with this massive accident whilst lapping a GT car.

It’s not the only massive accident the 919 has endured though – back in 2014 Mark Webber capped off the year with this nasty shunt.

They build ‘em strong in Stuttgart!

As part of an advert for the Panamera road car, Porsche put the 919 through its paces in surroundings unfamiliar to a race car – the streets of London.

Webber took the car past such landmarks as Piccadilly Circus and the Houses of Parliament at the crack of dawn, giving early morning commuters a slightly surreal – and frankly awesome – sight.

The Porsche 919 completed a hat-trick of Le Mans victories in 2017 when Brendon Hartley, Timo Bernhard, and Earl Bamber took victory in the race which none of the hybrid cars seemed to want to finish. Having dropped to 18 laps down at one point, they took the lead from an LMP2 car (the other Porsche retired from the lead earlier in the race, and of course the Toyota has its Le Mans curse to deal with) with just over an hour to go.

But if that was a slightly lucky win, it was nothing compared to what happened in 2016. Toyota was all set to win that one when Kazuki Nakajima broke down with one friggin lap to go, allowing Porsche to clinch a somewhat embarrassing win. Still, what a moment!

With no Audi and no Porsche, the future of the LMP1 is very different to how it was just a couple of years ago, when the series could be seen as a serious rival to Formula 1. Over the last few years, there have been some very memorable moments and Porsche has often been at the centre of them.

What have been some of your favourite memories of Porsche in LMP1 over the last four years? Let us know in the comments! 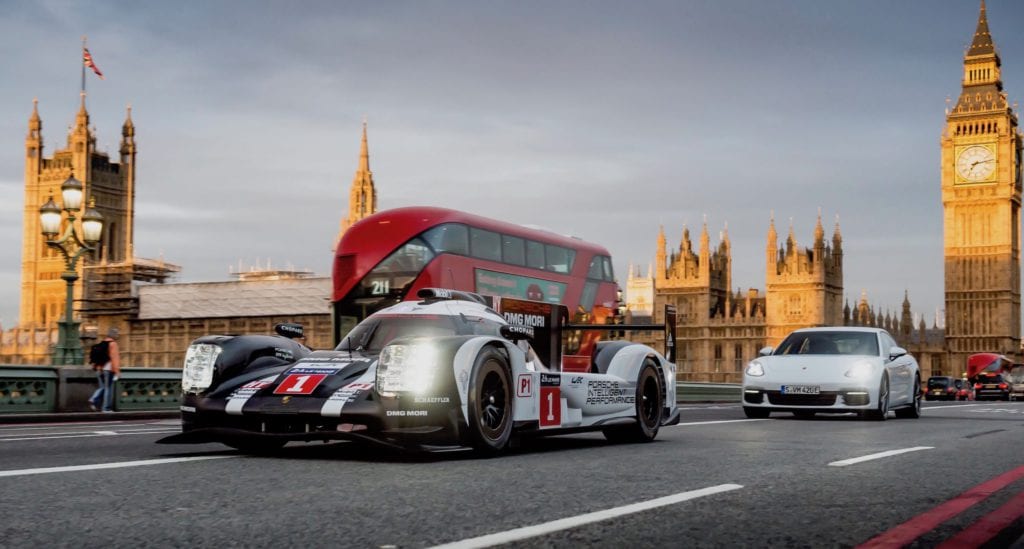