8 Things To Love About Formula 1 At The Moment

Following on from a horribly divisive end to the Canadian GP and a lacklustre race in France, chatter about F1 has naturally taken a rather negative turn. ‘The cars can’t follow each other closely enough’, ‘penalties are ruining the racing’, ‘the payment structure is unfair’, ‘teams have too much say in the rules’.

You could argue that in terms of driving talent, the future of F1 has never looked stronger. The three new rookies have been outstanding. Lando Norris has looked at home from the outset, Alex Albon has been something of a surprise revelation, and even though he’s stuck at the back in a Williams, George Russell could hardly have impressed more.

Then there are all the young drivers with experience who are likely to feature at the front for decades to come, such as Max Verstappen and Charles Leclerc – you could even throw Esteban Ocon in there if he can find his way back into a seat. Guys like Lewis Hamilton and Sebastian Vettel won’t be around forever but when they do leave, they won’t be leaving behind a huge empty void of talent.

Yeah, things at the front aren’t especially competitive and the gap from them to the midfield teams is still far too big but when you get to the midfield, the competition is off the scale.

This year that’s especially true as the close performance of the cars is being swapped around on an almost daily basis – largely thanks to this year’s tyres, which almost all of the teams are still struggling to get on top of. One week McLaren is quickest, then it’s Haas, then it’s Renault, then it’s… OK, not Williams, but you get the idea. A fight for a few points doesn’t necessarily have the same excitement as a fight for a win does, but that can be solved with a bit of imagination.

For instance, if you imagine the top three teams don’t exist, then suddenly the fight between Norris and Daniel Ricciardo in France wasn’t for seventh, it was for second, between four drivers from three teams. So, any time Mercedes, Ferrari and Red Bull fail to provide any action at the front, just pretend that they’re all running around several laps down and the real battle for the win is between everyone else. Boom! Instant gratification.

Unless you’re a big Hamilton or Mercedes fan, chances are you’ve become fed up of them winning almost everything over the last few years with little sign of that changing in the future. If you’re one of the people who doesn’t enjoy that at all, then at least try and take some enjoyment from the fact you’re witnessing F1 history. There comes a point where you simply have to take your hat off (if you’re not wearing one, go and find one to wear purely so you can take it off) and applaud the incredible job they’re doing.

Records are always there to be broken, but the ones Hamilton and Mercedes are setting are having such a profound impact on the sport that there’s a chance that future changes may well prevent this sort of thing from happening again. You might as well try and derive some pleasure from it while it’s happening!

The combination of mid-race refuelling, racier tyres and less of a focus on saving equipment mean that the cars of the mid-2000s were faster in race trim. But over a single lap, the 2019 cars have it and then some, despite the simplified front and rear wings supposedly reducing downforce this year.

With the exception of in Shanghai, every single pole time this year has been quicker than in 2018 (some of which is down to an extra DRS zone at certain circuits). If the trend continues, it means that the record of F1’s fastest-ever lap, set by Kimi at Monza last year, could easily be broken again.

Oh yes, it’s coming. With Ricciardo going to Renault, Fernando Alonso retiring and Charles Leclerc switching to Ferrari, last year’s silly season was particularly bonkers. Generally, that means that the next couple of years of movement are a little bit less frantic, but there’s still plenty yet to be resolved on the driver market.

Valtteri Bottas started the season brilliantly but has been hammered by his teammate lately. If his form doesn’t improve, will Mercedes look to take a punt on Esteban Ocon? Pierre Gasly will surely be under threat for his seat, but if Red Bull does opt to replace him, will it be with Albon or Daniil Kvyat? Over at Renault, team principal Cyril Abiteboul has already said that Nico Hulkenberg might not have his contract renewed – depending on who fills the second Mercedes seat, the other going find themselves in yellow for 2020 – or maybe it’ll be one of Renault’s many junior drivers. Jack Aitken is doing very well in F2 this year…

Throw in guys like Romain Grosjean, Robert Kubica and Antonio Giovinazzi – all of whom will be under pressure without an upswing in form – and there’s still plenty of potential for a few surprise driver signings. The speculation over that should keep us all busy during the summer break!

Speaking of things to look forward to, we’re just getting into the meat of the European season and all of its superb circuits.

The Red Bull Ring is gorgeous and, because it’s such a short lap, it feels a bit different from other races. Plus, as we’ve seen so far this weekend, it can really punish driver error. Then there are the high-speeds of Silverstone, a track to enjoy even more than usual given its uncertain future.

Hockenheim may be a very different track to what it used to be but it often produces great racing. Heck, even the Hungaroring has a nice old-school feel to it these days and then, after the summer break, there are the big ones – Spa and Monza. Even if the racing doesn’t end up being great there, well, you’re still watching F1 cars racing around Spa and Monza. And what’s not to like about that!?

OK, this is a slightly pessimistic view. Yes, F1 isn’t great at the moment, but you’ve gotta just push through it. Things will get better. They have to get better. Because if you’re not a fan of how F1 is at the moment, there’s no way it can get worse. It’s not going to be like this forever.

Even if the racing is awful, you can always reliably pop on social media during (or after) a race and enjoy a smorgasbord of memes and jokes which will bring a smile to your face. Even the drivers themselves get in on the act, with Lando Norris setting new standards for online banter, whether by creating his own memes or streaming on Twitch.

Back when races were drab in the Schumacher era, any jokes you made would fall on the deaf ears of your mates who didn’t watch F1 and wondered what you were talking about, leaving you twiddling your fingers until the next race rolled around. Thanks to the internet, we can now enjoy F1 whenever and wherever we want. What better way to clear the blues away from a boring race than to hop on Instagram and see Kimi Raikkonen dishing out burns? 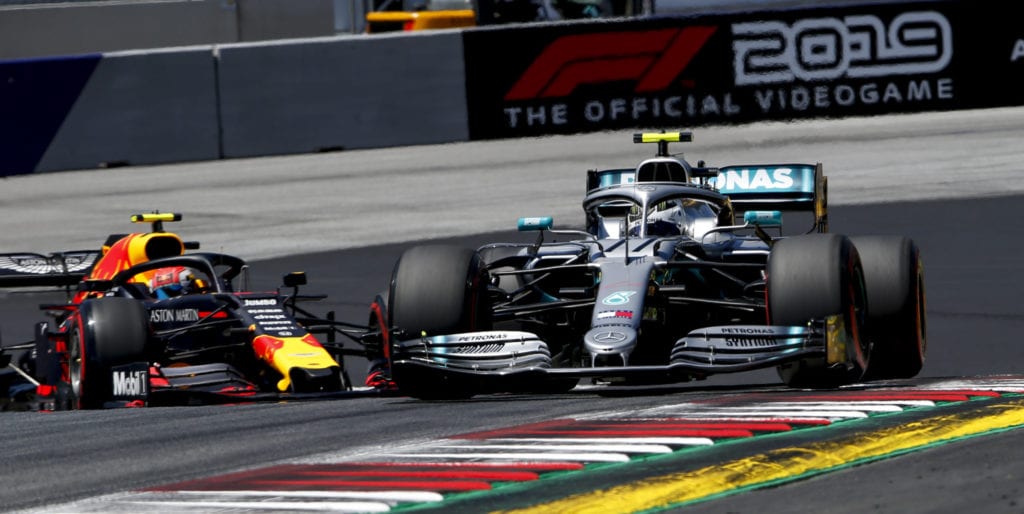