Codemasters set an incredibly high standard with F1 2016 – it was a huge step forward for the franchise compared to previous game (cough, 2014, cough), particularly the immensely immersive and addictive career mode.

Trying to raise the bar even higher is no easy task, but it’s important for each F1 game to bring something new to the table, make improvements across the board and give the series a new lease of life.

That’s definitely been achieved with F1 2017 – the new F1 game, which is released on the 25 August (Friday) for Xbox One, PlayStation 4 and PC. Reading the array of preview articles and watching gameplay content on YouTube, it was clear F1 2017 had made a massive leap.

But, I remained sceptical, because I wanted to try it for ourselves. Having got our hands on a copy of the game prior to release, I’ve spent some time playing F1 2017, had a pretty good time in the process and discovered a lot of cool things about the game.

So, let’s dive in and share our favourite things so far:

The additional cinematics and character interactions at the start of career mode really add to the realism of F1 2017 and help to introduce all the elements of this mode to new players. As soon as you begin the career, you come across your agent, who gives you a warm(ish) welcome.

You’re soon introduced to the research and development chief, before a new character arrives to explain the new invitational events. The whole ‘live the life’ aspect of the series is gradually being expanded and while the characters still look a bit scary, the more refined, detailed and frequent cinematics are a good start.

This is a pretty obvious plus point, isn’t it? When F1 2017 and the return of classic cars were announced, it sparked a huge response from fans online. That’s not surprising, after they introduced historic machines in F1 2013, and then cruelly took them away without expanding this area of the game.

Thankfully, they’ve made a return, and they not only look and sound great, but they drive well too. The older the car, the more challenging it is, with the newest ‘classics’ feeling completely planted to the ground. Incorporating classic cars into career mode is a neat element and the multi, single-class and spec single player races are a lot of fun.

The previous F1 game introduced manual starts and now, in F1 2017, there’s manual pit limiter and pit release functions. It gives you even more control of the racing and makes the experience that little bit more realistic. Now, if you turn the manual functions on, you have to select the pit limiter and deactivate it at entry and exit, and also pull away from your pit box at the right time.

F1 2017 has four new track layouts in the game, mainly for the invitational events with the classic cars, but they’re also a hoot to play in Grand Prix or the new ‘Championships’ mode. There’s short versions of Silverstone, Suzuka, COTA and Bahrain to try out, and while it isn’t a big part of the game, it keeps things fresh and adds more variety. Which is always welcome.

This is a miniscule detail in F1 2017 and while I haven’t tried out multiplayer yet (as there wasn’t anyone around in the online world to play against), I imagine it’ll be incredibly useful. Basically, when you are battling with other cars, the arrow to indicate where the car behind is now goes red when your rival draws alongside. It’ll be handy in online races to avoid being taken out.

Who’d have thought adding floodlights to Monaco and waiting until the sun goes down would make such a big difference? In all honesty, the teasers of Monaco at night in F1 2017 trailers got me seriously excited, so it was one of the first things I tried out.

There’s something even more special about racing in Monaco under dark skies and floodlights. It’s a really nice new feature and looks incredible cool too. Maybe one day this will become reality? You never know.

I always struggled to find the right AI difficulty because my skills and ability fell between two options (I won’t tell you which those are). So, I was intrigued to see what the new AI slider would be like in F1 2017, where you can set the difficulty from anywhere between 0 and 110. It makes a big difference and means you can really hone in on the exact setting you need. Thank you, Codemasters!

I haven’t tried this little feature yet but it’ll clearly be beneficial for leagues, streaming and just sitting back and watching chaotic multiplayer races. There are now two spectator slots in multiplayer, so you can keep entertained and check out what online races are going on.

Be sure to come back to this article and let us know what you’re liking (and not liking) in the game when you get it! 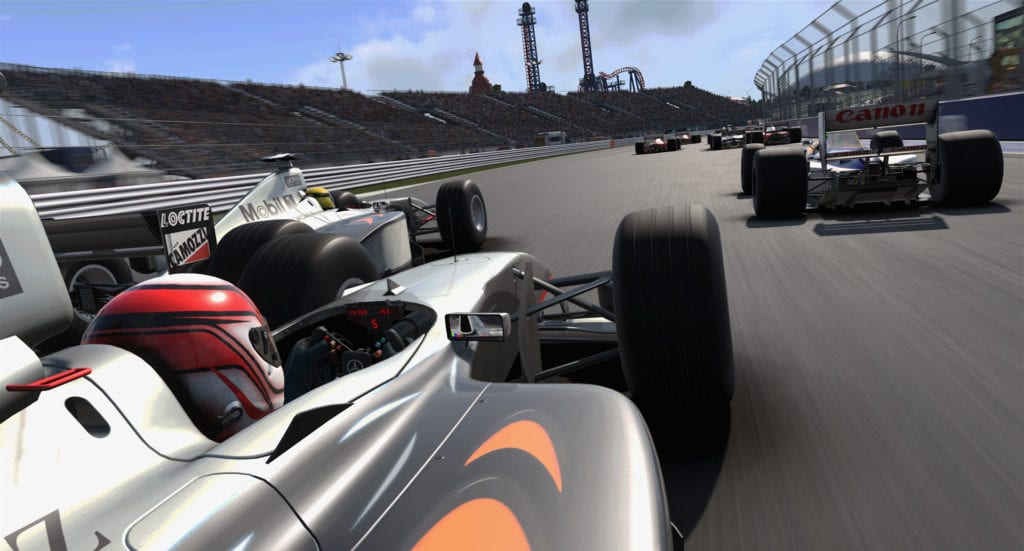