In F1 terms, the 2010s will be remembered for the early dominance of Sebastian Vettel and Red Bull, Fernando Alonso the nearly-man, Lewis Hamilton and Mercedes owning the hybrid era, and the emergence of young guys like Max Verstappen and Charles Leclerc as the drivers who are most likely to define the 2020s.

However, of the 66 drivers who started a race between the 2010 Bahrain GP and the 2019 Abu Dhabi GP, not all of them were quite as memorable.

Along with Lotus and Virgin, HRT was one of the three new teams which joined the grid in 2010 – and the one which seemed to struggle to stay alive the most.

HRT started the season with Bruno Senna and Karun Chandhok but at the British GP, Senna was forced to sit out as a blast from the past returned – Sakon Yamamoto, who everyone had already forgotten had already been an F1 driver thanks to stints with Super Aguri and Spyker in 2006 and 2007.

Yamamoto started seven races for HRT that season where unfortunately his most memorable moment was when he hospitalised a mechanic following a mistake in the pits during the Italian Grand Prix.

What’s he up to now?
Yamamoto took part in the last two races of the inaugural Formula E season in 2015 but aside from that, he seems to have completely dropped off the radar.

Yamamoto’s stint with HRT was forgettable, but not entirely unexpected – he was a reasonably well-funded driver who’d been the team’s reserve driver for most of the year. What was unexpected was that when he was struck down with food poisoning in Singapore (though it’s believed this was a cover story for a missed sponsorship payment), the driver who replaced him was Christian Klien.

Klien was a Red Bull junior who’d debuted with Jaguar in 2004, then spent a couple of seasons driving for Red Bull before falling out of favour. Despite having never driven the car or the circuit, he qualified a second faster than Senna and was running ahead when his car broke down. After a brief return for Yamamoto, Klien was back in the car for the last two races and was in the running to keep his seat in 2011, but beaten to the drive by fellow former Red Bull driver, Vitantonio Liuzzi.

What’s he up to now?
Klien dabbled in endurance and touring car racing and will race in the GT Open championship in 2020.

Lucas di Grassi had a tough year with Virgin in 2010 and was replaced by d’Ambrosio, who faired slightly better, but was completely unremarkable – at least di Grassi had the dubious honour of being remembered for crashing at 130R on his way to the grid at Suzuka.

But d’Ambrosio didn’t even make a mark when he ended up being a surprise substitute. When Romain Grosjean was given a race ban for causing the pile-up at Spa in 2012, d’Ambrosio was the man chosen to take his place at Monza. When something like that happens to a team capable of podiums it’s the sort of thing that usually gets etched in the memory, but d’Ambrosio’s invisible drive from 15th to 13th is something that always surprises me when I remember that it actually happened in real life and not in a mediocre dream.

What’s he up to now?
D’Ambrosio has been racing in Formula E from the very beginning and has notched up a few wins – and ironically, they’re usually in extremely exciting and memorable races.

To be honest, none of Timo Glock’s teammates at Virgin/Marussia from 2010-2012 really set the world alight, so I’ve also gone with Charles Pic. He stuck around in F1 for two whole seasons (he was actually fairly good) and the only thing I can really remember from his career was the fact that if you tried to Google Image Search him, the only thing that came up were photos of Prince Charles.

What’s he up to now?
Like di Grassi and d’Ambrosio, Pic went off to race in the first Formula E season in 2014/15. Unlike those two, Pic walked away after a few races, retired from motorsport, and went off to work at the family truck firm in France.

Although Lotterer was a Jaguar test driver in 2002, he ended up spending most of the rest of the decade racing in Japan before becoming one of the most rapid endurance racers when he joined Audi’s LMP1 programme. He’s a seriously talented driver, which is why it was such a surprise when cash-strapped Caterham announced that he’d be replacing Kamui Kobayashi for the Belgian GP.

Lotterer outqualified teammate Marcus Ericsson to the tune of a full second, but his sole race lasted just a single lap before his car broke down. The team was impressed enough to offer him a drive at a couple of other races that season but he turned them down, leaving Lotterer as one of two drivers this century to have started just one grand prix (the other being Marcus Winkelhock).

What’s he up to now?
Lotterer stuck with the WEC for a while and is currently heading up Porsche’s first season in Formula E.

Will ‘The Lad’ Stevens mad a very unexpected debut for a Caterham team in its death throes at Abu Dhabi in 2014 – largely because he was actually Marussia’s test driver at the time. After annoying Fernando Alonso in the race (“Who is this Caterham!?”) Stevens found himself in a race seat with Marussia the following year.

Paired with the almost-as-forgettable Roberto Mehri (who escapes this list due to the fact he still raced in F2 in 2019 and because of the inevitable ‘Mehri-go-round’ puns whenever he had a spin), Marussia was now the last of the three ‘new’ teams remaining and was doomed to a season of being in last.

What’s he up to now?
After losing his seat at the end of 2015, Stevens made the standard move of heading over to endurance racing. He won his class at Le Mans in 2017 and is currently leading the championship in the LMP2 class of the WEC.

Towards the end of 2015, Mehri was replaced for five races by Alexander Rossi, the first American F1 driver for nine years. He’d been on the fringes of F1 for years and, having finally got his chance, proved instantly impressive. He had the measure of Stevens and finished 12th in his home race, matching the team’s best result of the year.

Despite the strong showings, funding was never one of Rossi’s biggest assets and Manor demoted him back to reserve driver for 2016. He had the chance to race again that year when a seat at Manor opened up mid-season, but he declined the offer in order to focus on his burgeoning IndyCar career.

What’s he up to now?
Rossi won the 100th running of the Indy 500 as a rookie and has since become one of the very best drivers in the series, showing just what a talent F1 had let slip through its fingers.

It might seem odd to class Nasr as forgettable – he spent two years in a midfield team, finished a fine fifth on his debut, and the two points he scored at Interlagos in 2016 helped to stop the team from going under. But in those two years, Nasr never really carved out much of an identity or did anything memorable on the track – being barely quicker than Marcus Ericsson and having a name that sounds almost identical to Felipe Massa didn’t help.

What’s he up to now?
Nasr is doing alright – he now races in the DPi class in the IMSA WeatherTech SportsCar Series where he was champion in 2018 and runner-up last year. He’s also been linked with a career in IndyCar.

Indonesia’s first F1 driver, Haryanto got his chance with Manor in 2016 for financial reasons and it’s fair to say that not a whole lot was expected of him. However, probably due to his vast experience in GP2, he actually performed really solidly, even outqualifying the much more highly rated Pascal Wehrlein at Monaco.

However, the most notable part of his short F1 career came on his debut, when he retired from last place at half-distance and yet still won the public Driver of the Day vote – the first time it had ever been held. Amusingly, it was then discovered that he’d received a suspiciously large amount of votes and had it taken away from him and awarded to Romain Grosjean instead.

What’s he up to now?
Haryanto didn’t return to F1 the following year, a fact that everyone learned when his mum (of all people) announced that he’d instead be going to work with his dad at the family stationery business. He’s been back behind the wheel of late, though, competing in the Blancpain GT Series and the Asian Le Mans Series. 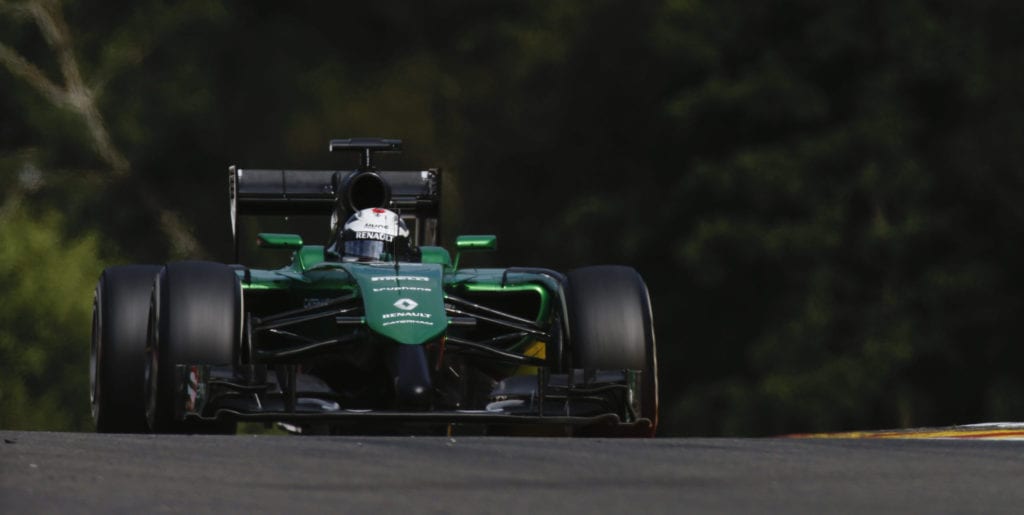