Moto3 may well be the ‘entry level’ class of grand prix motorcycle racing, but it’s ferociously competitive, features a ton of quality riders, and carries full world championship status. Winning a race is no mean feat and coming in as a rookie can be incredibly tough.

Not if your name is Can Oncu. The Turkish rider won this year’s Red Bull Rookies title, an accolade which allowed him to enter a Moto3 race at 15-years-old, despite the age limit being 16. He qualified superbly to start fourth on the grid and then ran strongly in the top three in the early laps of the wet season finale at Valencia.

The two riders ahead of him, Marco Bezzecchi and Tony Arbolino, both crashed out, leaving Oncu in a comfortable lead for much of the race. Despite some scary moments (including a massive wobble on the final lap) he held on to take a sensational victory on his debut.

A HISTORIC DAY! 👏🎉 First Grand Prix and first victory for @CANONCU65 🏆, the youngest ever winner in the FIM World Championship #ValenciaGP pic.twitter.com/Y3HvNkWt3o

To put it into some context, it’s the first time a rider has won their debut race since Noboru Ueda took victory in the 125cc race at Suzuka back in 1991. And at 15 years and 110 days old, Oncu is also the youngest-ever winner of a grand prix, beating Scott Redding’s record of 15 years and 170 days from 2008.

It’s an amazing achievement (especially in such difficult conditions) and has definitely marked him Oncu out as a potential star of the future. The nature of motorcycle racing means you can never discount the possibility of a rider winning on their debut, but the youngest winner record? That’s going to take some beating. 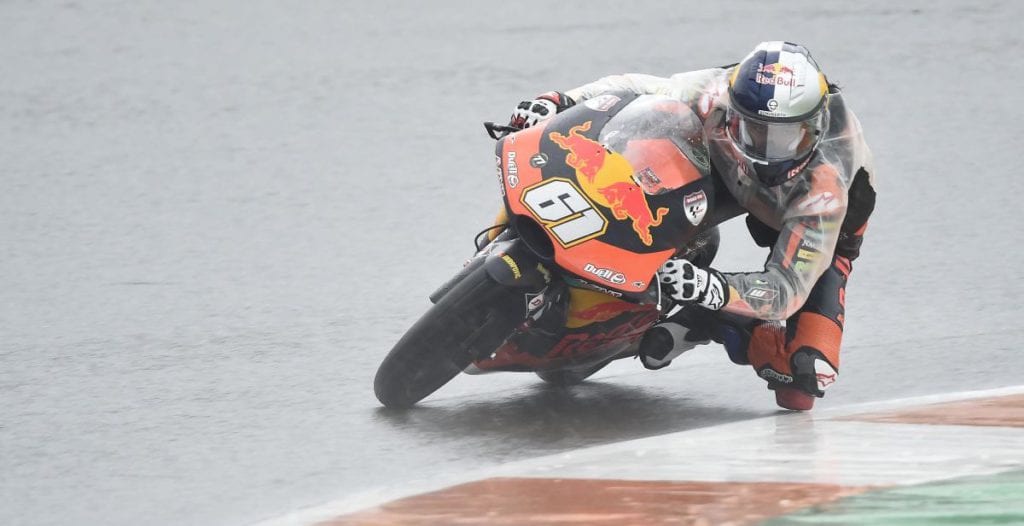