The Indianapolis 500 is structured very differently from any other race in the IndyCar season, and indeed is very different from many other championships.

For starters, it doesn’t take place the day before the race, oh no. In fact, qualifying has two whole days devoted to it on the weekend preceding the Indy 500, making it something of an event in itself.

At this point, it’s probably worth explaining what a qualifying ‘run’ at the Indy 500 consists of. To make it as fair as possible only one car heads out on track at a time. Each car gets two warm-up laps before launching into four consecutive flying laps, with the average speed of those four laps registering as the official qualifying time. Got that? Good.

The first session takes place on Saturday and lasts for most of the day. All cars take part, and they may make as many attempts as they like to set a fast time throughout the day.

The order of the first qualifying runs is decided by a random draw. Once everyone has completed their initial run they can elect to go out again if they so wish – but there’s a twist. When a driver wants to go out on the track they can join one of two different ‘lanes’: either the normal lane, or the fast track lane.

Cars joining the normal lane can go out as many times as they like to try and improve their qualifying time, just like you’d expect from a normal qualifying session in Formula 1. If they can’t beat their original time it doesn’t matter, because the time they set earlier will still stand.

Alternatively, cars can join the fast lane. Anyone in this lane is given priority to go out on the track ahead of cars in the other lane and is primarily for those that have yet to set a qualifying time. However, a driver who has already set a time can choose to join the fast lane, but in doing so they give up any times they’ve already set.

That means drivers can effectively gamble their existing time in the name of getting out on track quicker, which can be beneficial as the session draws to a close, or if conditions suddenly hit a sweet spot. The payoff is stealing a march on their rivals and getting a faster time; the penalty is that if they screw it up, they lose all their other times. Pretty neat, right?

At the end of Saturday qualifying, the drivers in the top nine positions will go through to Sunday’s ‘Fast Nine’ shootout for pole position, while the drivers from positions 10-30 are locked into their grid positions and won’t run again.

Before Sunday’s Fast Nine shootout will be a competition for the remaining three places on the grid. The six drivers who finished 31st or lower will each have a single run in an attempt to qualify for the race. The three fastest will fill the last row, the three slowest will fail to qualify and miss out on the biggest race of the year – a terrifying prospect given that some drivers’ entire year revolves around competing in the Indy 500.

This is a change to last year, where the ‘Bump Day’ took place on Saturday, and then the drivers who ended the day from 10th-33rd would do a single run again on Sunday to set their final grid positions.

It’s worth noting that the concept of the single runs on Sunday is somewhat discretionary as the race director can allow drivers another run if there are extreme circumstances. For instance, Juan Pablo Montoya was allowed another go in 2016 after his car hit a plastic bag which significantly affected his aero.

After the last row shootout comes the Fast Nine shootout for pole position, which works in much the same way. The ninth-fastest from Saturday’s session goes out first, with the fastest car going last. Whoever has the highest four-lap average speed after all nine runs are complete gets pole for the Indy 500 in a week’s time. 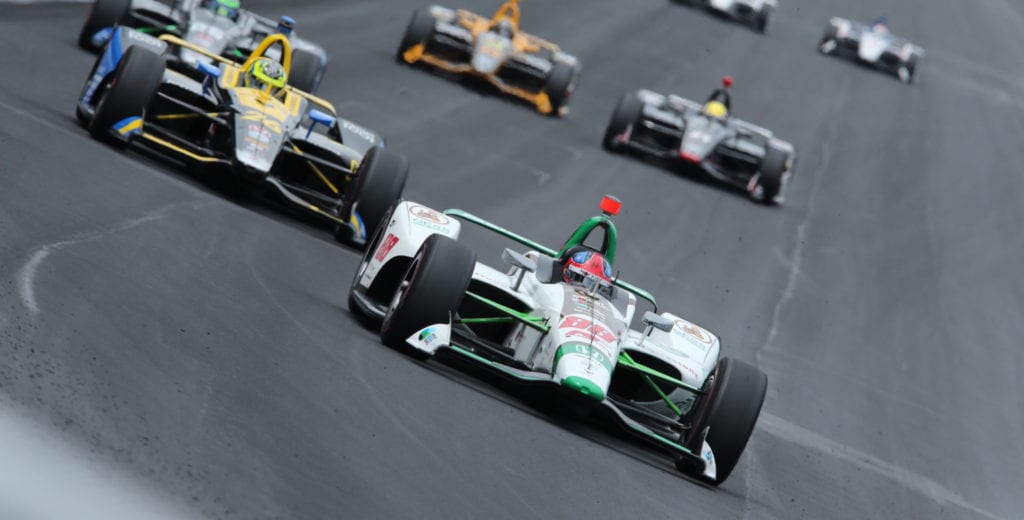