A Brief Aural History Of V12 Engines In Formula 1

When you think of V12s in F1 your mind immediately jumps to Ferrari – after all, they were the last team to use them. Plus, a certain Sebastian Vettel drew a bit of attention to them recently.

But although the Scuderia has had the longest love affair with the engines, other teams and manufacturers were have also been seduced by the power of the V12 layout. Here’s a quick rundown of the story of V12s in F1, complete with some accompanying sounds – because that is absolutely the coolest thing about them.

Enzo Ferrari soon realised that having a bigger, naturally-aspirated engine would bring certain benefits (namely being better on fuel) and ordered the development of one. In 1950 a new V12 was made, beginning as a 3.3-litre and eventually ending up at 4.5-litre (the maximum size allowed) in the Ferrari 375, used in 1951. It worked as planned – At Silverstone, Ferrari won its first-ever championship grand prix that year as a result of needing to make fewer pit stops than arch-rivals Alfa Romeo.

That year, fellow Italian manufacturer OSCA also entered a race with its own V12 engine, which was also used by Thai racer Prince Bira to power his Maserati.

Rule changes saw the V12 take a back seat for a few years. In 1956 Maserati built a V12 for the legendary 250F, but it offered little power advantage over the normal, easier-to-drive straight-six and only compete in one race before Maserati withdrew from the sport at the end of 1957.

The first half of the 1960s was filled with the unpopular regulations which meant that engines could be no bigger than 1.5-litres. That didn’t stop Honda from entering the sport in 1964 with a car that saw the glorious V12 back on the F1 grid.

At around the same time, Ferrari figured it was time to go from eight cylinders back to 12. The result was the Ferrari 1512 – referred to as a flat-12, it’s technically a V12 engine – albeit one with a 180-degree ‘V’ angle (a true ‘flat’ – or boxer – layout has a different arrangement at the point where the pistons meet the crankshaft).

In 1966 F1 went back to a 3-litre formula. Ferrari went back to a regular V12 for the rest of the decade with its series of 312 cars. The engine was also used in the achingly beautiful 312 sportscar – essentially the F1 car with the body of a sports prototype.

Honda also stuck with the V12 layout until the Japanese manufacturer pulled out of F1 at the end of 1968.

A chap called Chris Lawrence drove a Cooper in two races in 1966 which was fitted with a Ferrari V12 borrowed straight from the 250 GTO GT car. And remember the V12 that Maserati tried to develop? Well, it eventually did see some use in F1. It was enlarged from 2.5-litres to 3-litres and used by the Cooper factory team in 1966 and 1967.

Suddenly being able to make big engines again seemed to make teams want to jump straight to the V12. Dan Gurney opted for a Weslake V12 to power his beautiful Eagle.

BRM initially went a bit nuts with the new rules and tried to make a 16-cylinder engine work. When they realised it was terrible BRM built its own, slightly more normal V12 in 1968, which they persisted with until the team’s demise in 1977. The engine was also used in McLarens in 67 and 68, with Cooper also running BRM V12 power in 1968.

The new French Matra team was another to go down the V12 route in 1968. The team then switched to the V8 Cosworth DFV at Ken Tyrrell’s request, but when started building cars himself in 1970 Matra went right back to the V12 until it withdrew in 1972. The engine lived on, though, powering first Shadow and later Ligier, who used it on and off until 1982.

Back at Ferrari, for the 1970 season the team returned to the flat-12-that-wasn’t-actually-a-flat-12 layout as the wider engine helped to lower the centre of gravity. Ferrari liked it so much that they stuck with the ‘flat-12’ layout until the end of the 1980 season, by which time it had powered them to two drivers’ titles for Niki Lauda, one for Jody Scheckter, and four constructors’ championships.

The 1970s was a great time to be a new F1 team. You could buy a Cosworth DFV off the shelf and know that it would be powerful, competitive, and reliable. Tecno ignored the easy option and tried to go its own way with a Ferrari-like flat-12 when it debuted in 1972. However, it was underpowered and unreliable, and the team disappeared from the grid the following year.

Brabham figured that it could get an advantage over the other DFV teams by trying a different engine. In 1976, team boss Bernie Ecclestone did a deal to run a version of Alfa Romeo’s flat-12 (again, technically a 180-degree V12). However, the problem was that ground effect was just about to come into play and such a big, wide engine reduced the amount of under-body downforce the cars could generate from the tunnels under the car. They were also a touch unreliable and liked to drink fuel at an alarming rate.

In response, Alfa Romeo produced a V12 instead, which powered Brabham in 1979 with appalling reliability before the team switched back to Cosworth. However, Alfa’s own factory team made use of it until the end of the 1982 season, with Osella giving it a run in 1983 and one race in 1984.

The advent of the first turbo era made small capacity engines favourable again, and 1985 was the first season without a V12 since 1963. But once turbos were banned at the end of 1988, V12s made a comeback.

Unsurprisingly, Ferrari wasted no time in going back to its beloved engine layout in 1989, running the 3.5-litre unit for the next six seasons.

Lamborghini also made a foray into F1 with a V12 which powered a number of midfield teams from 1989 until 1993. Larrousse, Lotus, Minardi, and Ligier all used the engine at some point, with McLaren even showing interest. Reasonably good, if a little unreliable, it at least made a lovely throaty noise.

There must have been something in the water in 1991 as three new manufacturers debuted their V12 engines – with very different results.

Porsche also decided to return to the F1 arena and built a V12 for the Footwork team – with disastrous results. It was so big and heavy that the team had to redesign its car to get it to fit in the engine bay. Even once that problem was solved, it proved to be so unreliable and underpowered that Footwork gave up on the engine after just a few races and Porsche ended up cancelling the program before the season was done.

Another manufacturer to jump on the V12 bandwagon was Yamaha. Its V12 engine powered the Brabham team in 1991 and Jordan in 1992 before realising that a V10 layout was the way to go.

The 12-cylinder obsession in F1 proved to be brief as Renault had proved the V10 provided decent power in a smaller package. And even though V8s were a bit lacking in power, they were at least light, simple, and offered decent driveability. By 1994, Ferrari was the last team using a V12. Regulations reduced the engine capacity from 3.5-litres to 3-litres in 1995 but Ferrari gamely stuck to its guns, resulting in the 412T2: the last F1 car to ever use a V12 engine.

It won a race and was quite competitive, but the writing was on the wall.

In 1996, Ferrari joined the crowd in moving to a V10, but the V12 itself wasn’t actually banned until 2000, when the FIA mandated that all cars must have V10 engines. Funnily enough, Toyota had been planning to enter F1 with a V12 engine, only to have their entry delayed thanks to the ban. That’s probably a good thing – it seems only right that the last V12 F1 car was a Ferrari and not a Toyota.

There were a couple of other 12-cylinder engines that weren’t V12s, but neither ever actually got to race. In 1990, Subaru built a proper flat-12 (an actual boxer engine, unlike those used by Ferrari and others) for the Coloni team, but it was utterly dreadful and the combination was regularly several seconds away from even making it out of pre-qualifying. Ouch.

The other one was even worse. That same year, the Life team entered F1 with a W12 engine, but the car was so unreliable it often struggled to complete even a single lap. Even when it did, it as so underpowered that it was frequently more than 20 seconds slower than the next slowest car.

Will V12s ever come back? Never say never, but it’s highly unlikely. Even if the rules were opened up to say ‘use whichever engine layout you want’, you probably wouldn’t see a V12 as even in period, there was usually a better option.

Still, at least we’ve got YouTube and historic racing events to be able to enjoy these old engines at their sonorous best. Don’t be sad that they’re gone – just be happy that they existed. 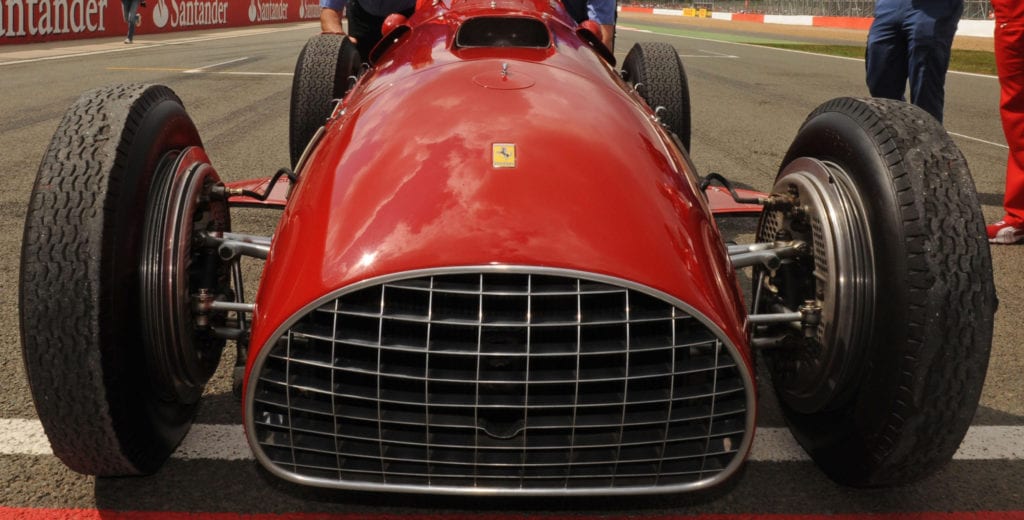