Sometimes, Formula 1 can be sensational. Whether it’s a full-on wheel-banging dual, a tense strategy battle or a simple feel-good story, we’ve all got our own memories of races that cemented our love for the sport.

At other times, things can happen which can really test your enthusiasm – a completely uneventful race on a terrible circuit, the safety car staying out for much too long on a wet track, or maybe a race-ruining, completely undeserved penalty.

To be fair, Vettel did make a mistake under pressure. He ran off the circuit at Turn 3 and upon rejoining, was fighting the car as it slid out towards the wall. Unfortunately for Hamilton, he’d place his car in the closing gap and had to back out to avoid contact.

There was nothing Vettel could have done – indeed, he was slightly fortunate that the gap to Hamilton was slightly bigger than it had been on previous laps or else he might have lost the position.

It was a simple racing mishap. Hamilton couldn’t realistically have driven the corner any differently, and Vettel certainly had no alternative available to him as he rejoined the track. And yet, for some reason the stewards determined it an unsafe rejoin and handed him a five-second penalty. Vettel pushed his hardest but couldn’t build the gap – he crossed the line first but was demoted to second with the penalty as Hamilton won.

The drama wasn’t over yet. Vettel decided not to drive to parc ferme and instead stopped at the beginning of the pit lane and went back to his motorhome, seemingly intending on skipping the podium ceremony as a protest. After realising this could result in further penalties, he reluctantly made his way to the rostrum – but not before heading to parc ferme, putting the P2 board in front of Hamilton’s car and the P1 board in front of the empty space where his car should have been.

Elsewhere in the race, Charles Leclerc finished third, Valtteri Bottas fourth and Max Verstappen fifth after the decision to start on the hard tyres didn’t really work out.

The two Renaults finished best of the rest, Daniel Ricciardo ahead of Nico Hulkenberg, and both ahead of Pierre Gasly. Lance Stroll was utterly superb, driving a mammoth first stint with good pace to finish ninth ahead of Daniil Kvyat.

Sadly, the only thing that will be remembered from what had been a very good race is the bitter feeling of a not just a penalty affecting the result, but one which – in the eyes of pretty much everybody not inside the stewards room or Mercedes (who, to be fair, shouldn’t be criticised for trying to gain every possible advantage, including complaining at their rivals) – was completely wrong. 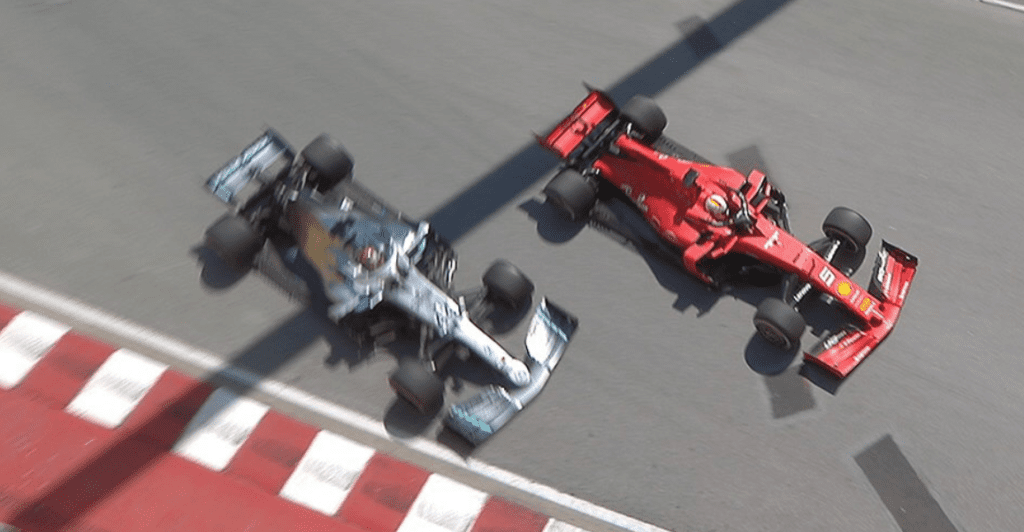