A Car Problem Was The Reason Why Vettel Had Such A Bad Race In Brazil – WTF1
Skip to content
×
Formula 1 , News

Even in the parallel universe in which Sebastian Vettel won the German Grand Prix and kept the title fight alive to this point, his Brazilian Grand Prix relative to Hamilton’s wouldn’t have been enough after a sensor failure forced Ferrari into using compromised settings.

On paper, Ferrari looked strong lining up on the grid with the soft tyres which should have given the team an advantage. However, the anticipated high degradation of the supersofts never really came to fruition on the Mercedes and especially the Red Bull cars, leaving Ferrari on the back foot. Vettel was especially struggling in the early stages and had poor pace throughout the race, but it turns out it wasn’t really the driver’s fault. Ferrari team principal Maurizio Arrivabene revealed that Vettel’s car was actually disadvantaged throughout the race, telling Motorsport.com:

“Right from the formation lap, we became aware of a problem with a sensor on Seb’s car. This meant that, for the whole race, he had to run different settings to those we would have normally used and that made the car difficult to drive.”

Despite Vettel’s pit crew pulling off an impressive sub-two second stop on lap 28, it wasn’t enough to push the German up above anyone other than Kimi Raikkonen in the order. The four-time world champion then had to move aside for his teammate shortly after, who ensured that Ferrari will end the year with at least one more podium than it managed in 2017. The team conceded that this mid-race decision was determined by the sensor issue and resulting limitations on Vettel’s car.

This time, the tyres looked advantageous before the race, the pit-stop couldn’t have been smoother, but the compromised settings Vettel had to endure in his SF71H translated into a poor sixth place finish. 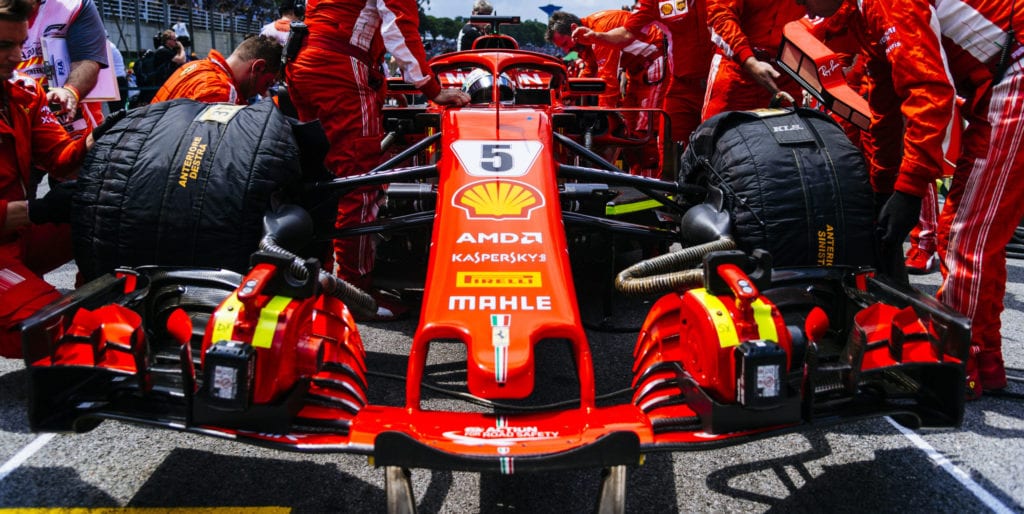