Button and teammate Naoki Yamamoto have been having a fairly good time of things in Super GT this year. After finishing second in the first race of the year at Okayama, they repeated the result at Suzuka later this the season.

At Sugo, the duo claimed their first victory – but not without a bit of scare on the final lap. Course cars driving on a live race circuit is kind of a common thing in some Japanese racing (after all, this is the country that came up with the circuit safari) but even so, Button probably wouldn’t have expected to see one on the racing line, especially with second-placed Tomoki Nojiri right behind him.

You can watch highlights of the race below – or skip to the 14-minute mark if you just want to see the close call with the course car.

The victory means that Button and Yamamoto are now leading the championship by five points with just two races still to go. 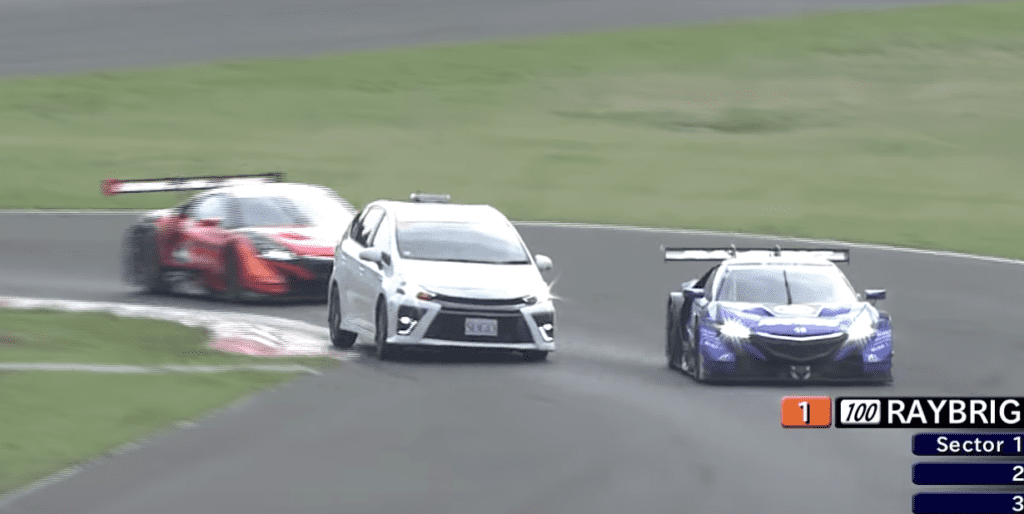