A Documentary About Michael Schumacher Is Set To Be Released Later This Year – WTF1
Skip to content
×
Formula 1 , News

The documentary is not only set to include the German’s illustrious motorsport career, but a more personal look at the man who once held almost every F1 record worth having. Interviews with father Rolf, wife Corinna and his two children – Gina-Maria and Formula 2 star Mick – are also expected.

The film will give a taste of his 50th birthday celebrations, held in Mallorca earlier this year, but will most likely not feature an interview with the legend himself, or give any details of his current condition nearly six years on from the tragic skiing accident that left him with severe head injuries. A public debut of the trailer is believed to be upcoming at this month’s Cannes Film Festival, courtesy of London-based entertainment company Rocket Science.

It’s understood to be in post-production and is the work of the award-winning filmmakers Michael Wech and Hanns-Bruno Kammertons, who can also boast a documentary about tennis legend Boris Becker to their names. German production company B 14 Film is in charge of the production and the release of the film in Germany.

B 14 Film’s Benjamin Seikel thanked the Schumacher family for their full backing in an “important year” for the ex-Benetton and Ferrari ace.

“It is an important year for Michael Schumacher. With his 50th birthday in January and the 25th anniversary of his first world championship victory in November. We are thrilled to have the trusting co-operation of Michael Schumacher’s family and management; without their support this film would not have been possible.”

Schumacher’s long-term manager, Sabine Kehm, confirmed the family’s trust in the filmmakers and concurs that the timing is right to celebrate an extraordinary life inside and outside of a racing car.

“Michael’s outstanding career deserves to be celebrated 25 years after he achieved his first out of seven world championship titles. We are happy this film will be in the hands of such ambitious and sensitive professionals.”

Formula 1 is set to hit the silver screen once again – and we cannot wait. 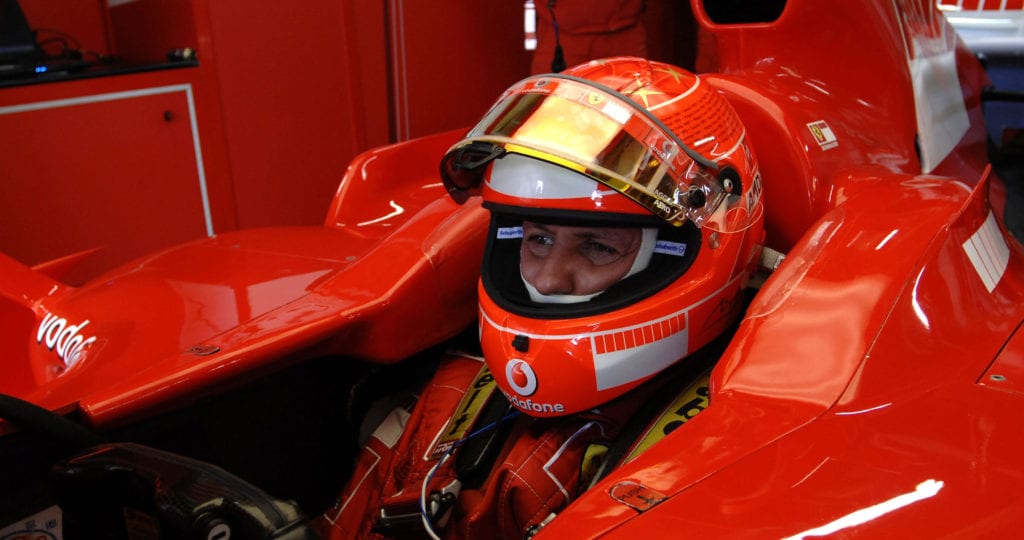