In one of their first broadcasted events, an autonomous Roborace car managed to drive straight into the pit wall at Thruxton giving us some strong 2020 vibes.

Being the first motorsports category of its kind, Roborace is a driver-less racing series which encompasses AI teams and uses self-driving technology in immersive environments.

During today’s broadcast, several cars were able to take to a racetrack in the ‘Event 1.1 launch’ which was all broadcasted live on Twitch.

Unfortunately, one of the cars managed to get off the line but just seconds later took a heavy right turn and swerved the £800,000 car straight into a brick pit wall.

The move resulted in some bad damage at the front of the car, however, news of this crash spread quickly and soon the stream became one of the most-watched on the Twitch platform at the time.

During the broadcasted event, teams from around the world have been programming their Roborace cars to drive around the popular Thruxton circuit. They must manoeuvre themselves around the AI obstacles on track and can cut down on their lap times by driving through set checkpoints.

What do you think about Roborace? Do you like the idea of driverless cars in motorsport? Let us know in the comments below. 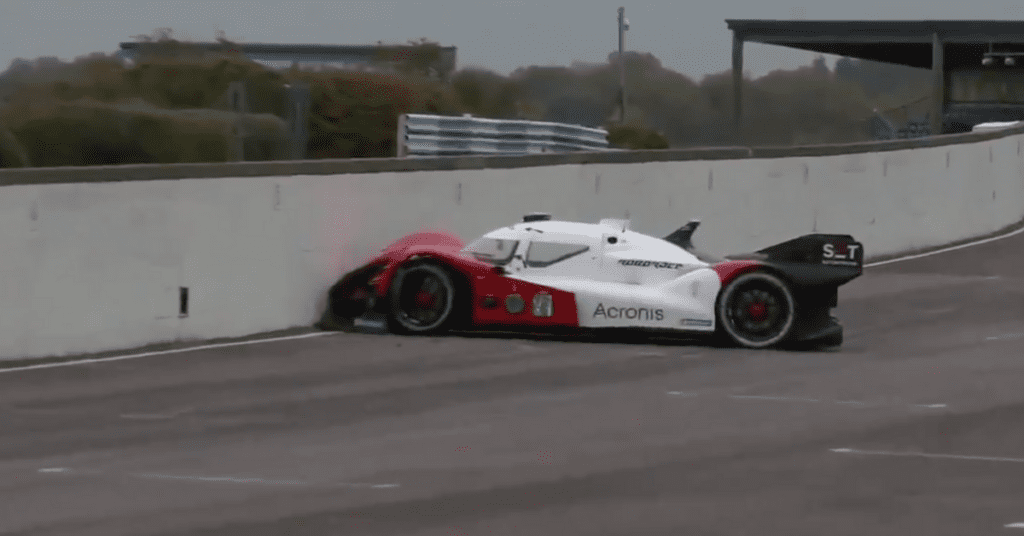