Alongside exciting battles, overtakes and regular changes at the front, the Indy 500 also featured some massive crashes.

The biggest of which, you’ve probably already seen by now – Dixon launching his car off the back of Jay Howard’s Schmidt Peterson Motorsports machine.

While the incredible airborne accident looked ridiculously terrifying on television, the view from the grandstands between Turn 1 and Turn 2 was far scarier.

Dixon’s awful crash (which he escaped from unharmed) was caught on camera and presented us with a fascinating perspective from someone at the track.

When the IMS bites, it really does lock on with full force. If you want to save yourself a few seconds, skip to the 35-second mark to see the crash. 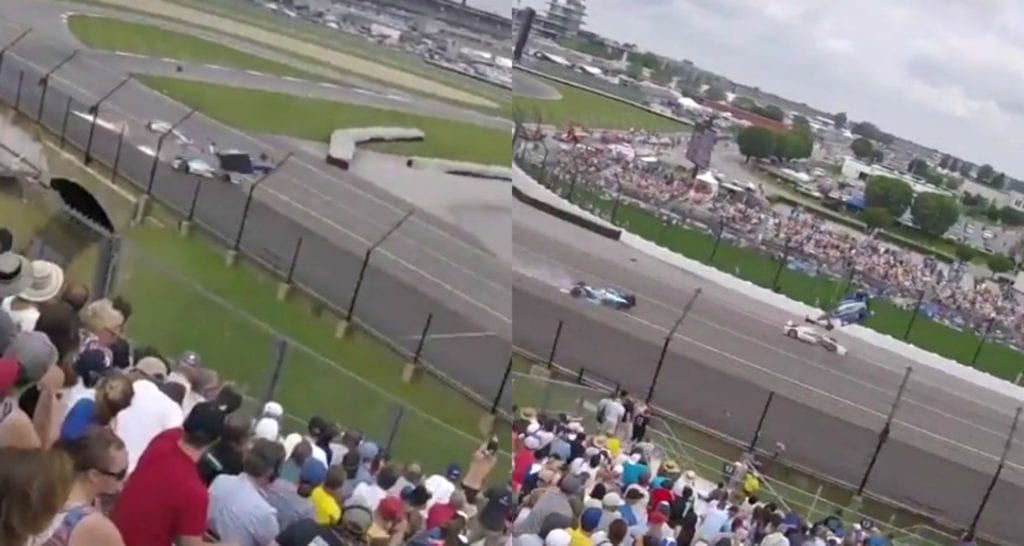