A Furious Kvyat Has Slammed The “Bullshit” Penalty That Cost Him 10th Place – WTF1
Skip to content
×
Formula 1 , News

Kvyat was on a charge in the closing laps as Perez struggled to nurse his wearing tyres to the finish. Going into the slow Turn 15, Kvyat made a late lunge down the inside of the Racing Point. The inevitable contact happened – Perez was pushed off the road and had his front wing damaged in the process; Kvyat swept around the outside to take the final point. Or so he thought.

The stewards these days are willing to let a bit of hard racing slide, but they felt this was a step too far and opted to give the Russian a five-second post-race penalty. That dropped him to 12th and promoted Perez back into the points.

Upon hearing about the penalty, Kvyat didn’t exactly hold back. Speaking to Dutch TV crews after the race, he unleashed a barrage of criticism at the stewards, just stopping short of outright insulting them. He said:

“That’s bullshit. That’s unbelievable. I don’t know, the stewards are completely… I don’t know. I have no words, it’s just stupid. So stupid.

“I just went around the inside, he closed the door as normal and then we touched and I overtook him around the outside. It’s unacceptable, really. F**k this.”

That makes it the second time in two races that he’s tried a last-lap move that resulted in contact – in Mexico, he tried an optimistic pass on Nico Hulkenberg at the final corner, only to punt the Renault into the wall. He was given a five-second penalty then, too, dropping him from ninth to 11th. He wasn’t happy with that, either, and accused the stewards of “killing the sport”.

Worryingly, it’s starting to smack of a return to the Kvyat of old. For most of this year he’s been very fast and solid, with the obvious highlight being that magical podium in Germany. However, Pierre Gasly has had the edge since he returned to the team as Kvyat’s performances appear to have become more ragged – is the added pressure starting to get to him?

On the other hand, are his penalties even warranted? In Mexico, Hulkenberg didn’t seem to fussed by Kvyat’s move, saying he was “trying what you have to as a racing driver”, while the move he put on Perez this weekend did look quite similar to the move Max Verstappen put on Charles Leclerc in Austria (which didn’t end in a penalty) – the main difference being that Perez’s car suffered a bit of light damage.

Both of Kvyat’s penalties have also been decided very quickly after the race, without the chance for both drivers to go and speak to the stewards about what happened, as was the case with Verstappen and Leclerc. Could it be a case of Kvyat’s past reputation working against him? If I was being cynical, I might even suggest that the decisions are being rushed because incidents between midfield teams aren’t seen as being as important as the front-runners… 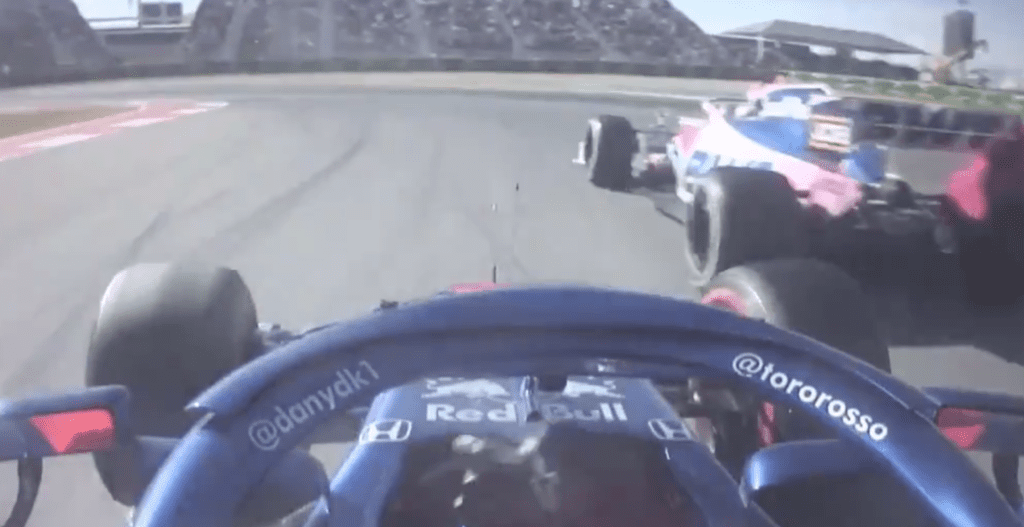