A Furious Leclerc Labelled Himself “Useless” After His Qualifying Crash In Baku – WTF1
Skip to content
×
Formula 1 , News

First things first, he wasn’t the only one to get it wrong. The ‘castle section’ at Baku has caught many a driver out in the past, from Lewis Hamilton and Robert Kubica to… Sean Gelael. Leclerc buried his Ferrari in the same spot as Kubica had crashed his Williams just 40 minutes beforehand in a very staggered qualifying session in the Azeri capital.

Leclerc has a previous history of strong self-criticism; in China he gave himself a public dressing down after a poor final run in Q3. Given that he had been favourite for pole in Baku, having topped all three practice sessions and shown optimism in Ferrari’s low fuel pace, Leclerc was stronger on himself this time, believing that he deserves all the punishment coming his way. The Monegasque will be consigned to starting from ninth, moved up from 10th due to Antonio Giovinazzi’s 10-place penalty for new control electronics, but could be moved to the pit lane should a new monocoque be required. Speaking to Sky Sports F1 after his crash, Leclerc said:

“I deserve what happened today. I am very, very sad for what happened. But I deserve it. I’ve been stupid – as I said on the radio. I’ve calmed down but I still think I’ve been stupid. This doesn’t change. I will push to learn from this and come back stronger and hopefully have a good race tomorrow. I don’t want to say anything stupid but I think looking at FP1, FP2, FP3 and Q1, pole was possible today and I threw all the potential in the bin. So I am very disappointed and I will come back stronger from this.”

Baku is also a track where Leclerc has enjoyed success in the past, making it all the more frustrating. On his first visit in 2017 during his Formula 2 campaign, Leclerc took pole and a feature race victory less than a week after the death of his father, Herve. One year on, Leclerc took his first Formula 1 points finish with Sauber, having changed his approach to car setup in the wake of three difficult debut races.

No excuses. I've been useless. I will push to have a better tomorrow.
Sorry to all the people supporting us and even more to the whole team that deserved so much better.
📸: @motorsportpics1 pic.twitter.com/F8rDEr2L0A

The 21-year-old explained that he hadn’t adjusted his driving style from the soft compound tyres to the mediums, which potentially led to the accident. But, looking at the positives, he said that there will be chances to overtake in the race.

“I braked as much as I did on the soft but I was on the medium, so I locked up. But again, I don’t want it to be misunderstood – there is no problem with the tyres it was just myself. I am very disappointed. You can definitely overtake and I will push for that tomorrow, but for the next three or four hours I will just be beating myself up.”

Sunday is when the points are handed out, Charles. Spare a thought for Pierre Gasly, who may be starting back in China following a further penalty for a gearbox change and possibly another one for exceeding the fuel flow limit during Q1. 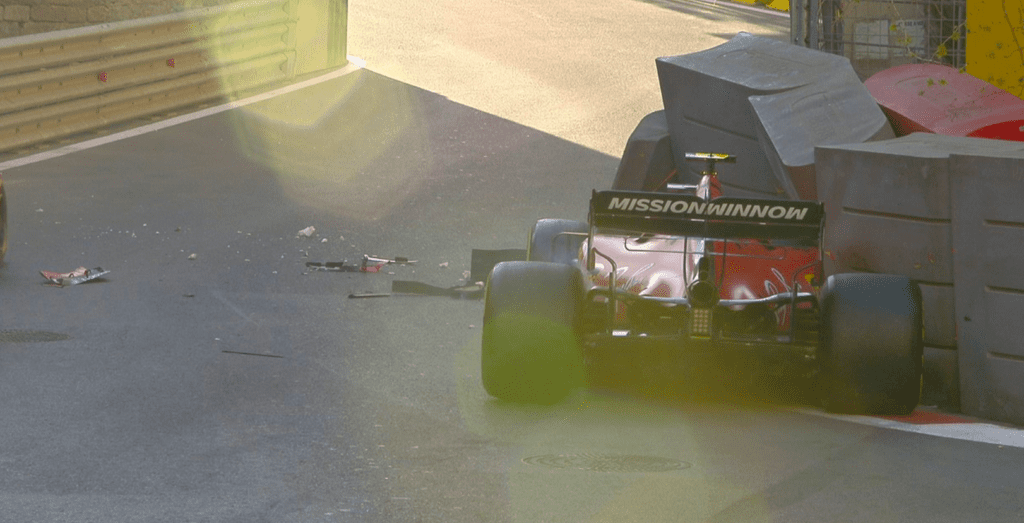