Renault’s exclusion from Suzuka’s race classification is well known by now, as is the team’s decision to accept the hearing (fairly begrudgingly) and not launch an appeal. But the origin of Racing Point’s protest was more mysterious, with onboard cameras from Suzuka showing very little in the way of evidence. However, it has emerged that a video uploaded on the official Formula 1 YouTube channel back in February holds the key.

The video, which has 1.4 million views at the time of writing, shows Ricciardo’s venture out of the pits and a slow lap of the Barcelona circuit from the Australian’s perspective. The footage shows Ricciardo using six systems on the steering wheel throughout the lap; the two clutch paddles, the gear paddles, the pitlane speed limiter and the radio – its activity indicated by a red light on the right hand side of the LCD.

Moving onto the LCD, the brake balance is indicated at the top left of the screen. It defaults at 0, and the changes range from -1.0% to +3.0% through the lap coming up to certain points on the circuit. However, there is nothing that really shows Ricciardo changing the balance by himself – why would he on a installation lap?

Auto Motor und Sport’s Tobi Greuner posted an article on Twitter detailing the situation alongside a screenshot of the video in question. Renault’s reply was:

Yes, this video shows a legal system, known by and now confirmed by the FIA to be compliant with the technical regulations. As we had nothing to hide regarding this innovative system, we hid nothing.

Gruner retorted, pointing out that he never accused that system of being illegal in the Tweet – which makes Renault’s defensiveness all the more eye-catching…

But then things shot up the Scoville scale when Renault added on its Twitter that the system was brought to Racing Point’s attention by a former Renault employee, who is now with the accusing party! This story now has more twists than Mexico City’s middle sector.

“We’d like to clarify some facts. A video from Barcelona testing is doing the rounds; it shows a legal system, known by and now confirmed by the FIA to be compliant with the technical regulations. As we had nothing to hide regarding this innovative system, we hid nothing.

“The information submitted by Racing Point, admitted in front of us and FIA members after the Japanese GP, was received via a Renault F1 Team ex-employee who had joined Racing Point and not only via this video.”

If you’re not familiar with the video, take a look at it below.

It does raise the question; will this be end of visor cams in an era that has steering wheels with screens packed full of information? 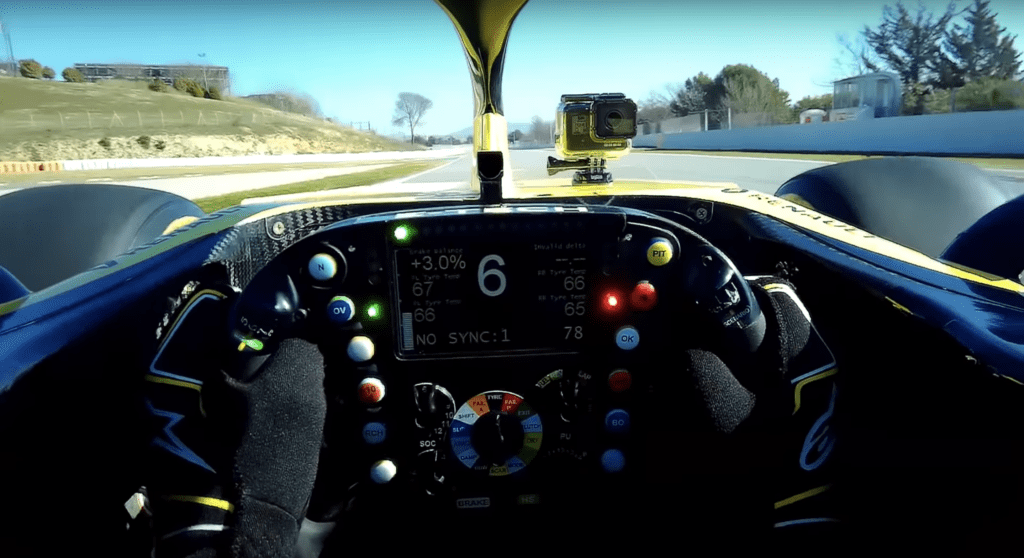