It’s only been two weeks since the Australian Grand Prix was cancelled with just hours to go until FP1 – seems like longer, doesn’t it? With other championships also clearing their schedules for the next couple of months while the majority of us wait for the Covid-19 pandemic to blow over, the sight of major names from the world of motorsport taking part in sim races has become more common than ever.

Drivers, teams, and esports organisations have been rapidly setting up their sim racing events to fill the void to the point where you could almost argue that we’re oversaturated with choice. But the great thing is that all of the series and events offer something different – whatever your racing preference, and whether you want something serious or a bit more laid back, you’ll almost certainly find something to scratch that racing itch.

What platform does it use?
rFactor 2

What’s it all about?
The first event was turned around in just three days following the cancellation of the Australian GP and was hugely successful. Featuring a mixture of real-life racing drivers, professional sim racers and the odd YouTuber, it follows a heat format with a winner-takes-all final, with a different car and track combination each week.

Why should I watch it?
Seeing professional, big-name racing drivers taking on the best in the sim racing business is a real eye-opener into just how talented the professional simmers are. Due to the spread in skill levels, there’s a good mix of high-quality racing and banterous carnage, and the superb commentary duo of Jack Nicholls and Jolyon Palmer provide plenty of laid-back chatter and quirky insight.

When and where can I watch it?
The Race YouTube Channel is the place to go, with the next event teeing off at 16:00 GMT on Saturday 28 March.

What’s it all about?
Initially set up as an esports-style replacement for the cancelled Australian GP, esports stable Veloce brought together 20 racers with similar backgrounds to the ‘The Race’ event – on the one hand you’ve got F1 drivers like Lando Norris and F1 esports competitors, on the other you have Real Madrid goalkeeper Thibaut Courtois.

The first event was a 50 per cent distance race, with the subsequent ‘Not the Bah GP’ event being split into two 25 per cent races – the second of which was a reverse grid. As a bonus, on weekends where there isn’t a real-life postponed F1 race to replace, Veloce launching a Pro series to run alongside it, which uses iRacing.

Why should I watch it?
Despite the variety of backgrounds of the competitors, F1 2019’s accessibility makes for close races, with battles right through the field. The addition of a reverse grid race also gives some of the slower racers a chance to shine at the front of the field, with pit strategy also being crucial to success or failure. With Lando Norris also being a regular competitor, you get the bonus of being able to watch his Twitch stream, which is often utterly hilarious.

When and where can I watch it?
It’s all on Veloce’s YouTube channel – the Pro series starts this Sunday, with the Not The GP series continuing on 5 April.

What’s it all about?
F1’s official answer to the cancelled races, the series is similar to Veloce’s in that it runs on the scheduled F1 weekends. A qualifying session followed by a 50 per cent race, the series promised a mixture of current and past F1 drivers, drivers from other series, and celebrity guests.

Why should I watch it?
If you want to see serious, professional racing, this isn’t the one for you – if the Bahrain race was anything to go by, anyway. Hosting the races on F1 2019 has deterred some drivers from taking part, but what the race lacked in top tier skill levels it made up for with unbridled entertainment. Want to watch a tipsy Johnny Herbert go from the back to the lead by cutting the first corner? Of course you do. Sim racing can be a very serious business, but for most of us, gaming is a way to relax and have fun, and the Virtual GP series probably did that better than most. Despite some technical issues last week, it also comes with exemplary F1 presentation, with a studio team comprising of commentators Jack Nicholls and Alex Jacques (yes, the awesome guy who covers Formula 2 and 3) and our own Matt Gallagher.

When and where can I watch it?
F1’s YouTube or Twitch channels, or if you’ve got Sky Sports F1, you can watch it on there. The next round will take place at Albert Park on 5 April.

What platform does it use?
iRacing

What’s it all about?
A massive grid of actual racing drivers getting together three times a week to pit their skills against each other on probably the most accurate sim there is. Each event features a pair of short races, with a different car and track combination each time, which the drivers only find out about five minutes before the start.

Why should I watch it?
Fed up of other sim events being filled out with professional gamers you’ve never heard of and celebrity guests you’ve never heard of? Then this is the one for you. Each grid has more than 40 drivers – all of whom are actual racing drivers from actual real-life series (and Jimmy Broadbent, who at this point is pretty much a real racing driver anyway). Despite the talent involved, it’s still quite a chilled event – in the last race, Verstappen came on air to talk around a lap of Catalunya and chat with the commentators… while he was in the middle of the leading the race.

Other positives include the crammed schedule (six events in two weeks) as well as the on-screen graphics, which usefully lists the drivers’ series in case there are any names you haven’t heard of. Forget the slightly silly name – if you’re going to watch just one of the many sim racing events, it should probably be this one.

When and where can I watch it?
The third round takes place on Friday 27 March, with the action kicking off on Team Redline’s YouTube channel at 20:00 GMT.

There are a few more major events kicking off this weekend. IndyCar’s virtual season starts on Saturday at 20:00 GMT, with 26 cars – including many of the current grid – lining up to race on a fan-voted circuit on iRacing. It’ll be streamed live on IndyCar’s YouTube and Twitch channels.

The word of GT racing has also pulled together for what looks to be an absolutely colossal event. Using Assetto Corsa Competizione, 90 drivers – the majority of whom are real GT drivers – will compete in a charity event at Monza. Three races – two semi-finals and the final – will take place, each an hour in length. Head over to the GT World YouTube channel on Sunday at 12:30 GMT if you want to watch.

Ever watched sim racing on a bike game? No, me neither, but now’s as good a time as any. That’s because, on Sunday, MotoGP will host its own official ‘Stay at Home GP’ at Mugello at 14:00 GMT on the MotoGP YouTube channel using the MotoGP 19 game. Unlike F1’s virtual race, MotoGP has actually managed to get a load of the current grid to compete, including multiple champion Marc Marquez. Valentino Rossi was also set to compete, but he’s since had to withdraw.

There’s also the eNascar iRacing Pro Invitational Series to consider. This kicked off last weekend at virtual Homestead with a grid filled with actual Nascar drivers and it ended up being a great success. Unfortunately, the only way to watch it is on Fox in the USA, so if you can’t access that channel, you’ll just have to wait for highlights to crop up on social media. Which is a shame, because the response to the first race was very positive.

If you want to actually get involved with the action, then Lando Norris might be your best bet. He’s just announced a ‘Challenge Lando’ event on F1 2019 for PC, which will take place on Sunday evening.

Reply with your SteamID to enter #ChallengeLando LIVE on Sunday at 8PM GMT on https://t.co/ydoTCsksCK pic.twitter.com/0D17kJgWQG

Have you been watching any sim racing over the last couple of weeks? Which ones have been your favourite? And if you’re new to the whole things, which ones take your fancy?

Even if you have no interest in virtual racing, seriously, give it a go. So what if certain aspects aren’t real – they’re still real drivers, sitting down and applying real driving techniques in order to compete against each other on software with an incredibly high level of realism. Other sports don’t have this luxury, and with the majority of sport on hiatus for the foreseeable future, it’s an absolute blessing that we’ve at least got sim racing as not only a substitute, but an incredibly entertaining one at that. Let’s make the most of it! 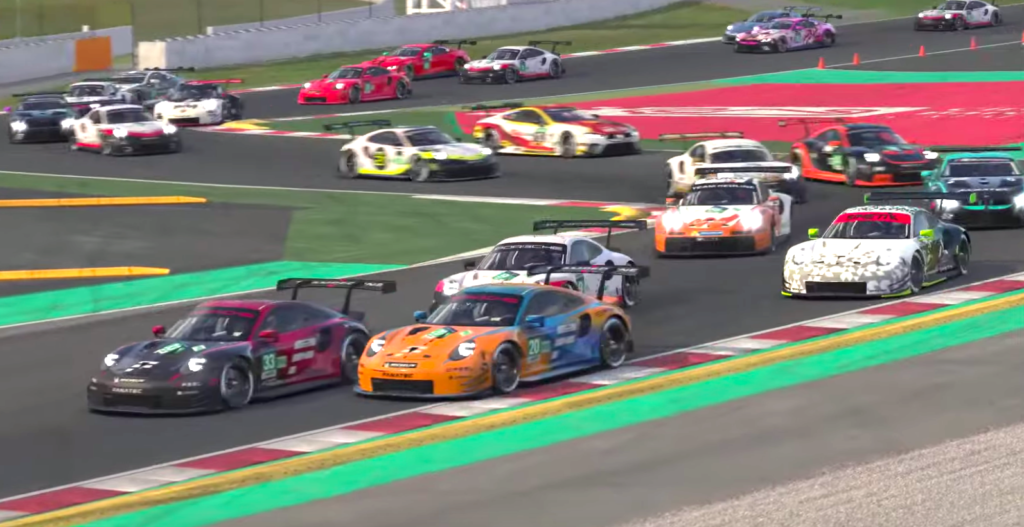