A Humble Bottle Of Brown Sauce May Have Contributed to Williams’ New Look – WTF1
Skip to content
×
Formula 1 , News

On Monday, Williams unveiled its new look for the 2019 season following the disappearance of Martini sponsorship from the grid.

Wrapped around last year’s FW41, a deal with British telecommunications and smartphone company Rokit has led to a white and sky blue livery that prompted mixed responses.

The brainchild of Jonathan Kendrick, Rokit’s contribution to European-based sports teams is minimal, but the brand has built its name by sponsoring American teams such as the NFL’s Los Angeles Chargers and the NBA’s Houston Rockets. However, it does hold a pre-existing link to the Williams team. As a 17-year-old, Kendrick worked on Alan Jones’s FW06 as a Goodyear tyre engineer at the 1978 Argentine Grand Prix.

But back to why you’re here – the brown sauce. When Kendrick paid a visit to the team’s Grove base, a bottle of HP sauce – signed by both the team’s drivers for 2019, George Russell and Robert Kubica – was perched next to some bacon sandwiches.

Deputy team principal Claire Williams quipped that because of Kendrick’s appreciation of the condiment, the deal was effectively finished at that point.

Kendrick is adamant that the deal goes a little further than that, praising the team’s longevity in the sport despite several troubling periods in the last 15 years. Speaking at the livery launch, he said:

“It’s a British team, I’m British, my company is British. I love the fact the Williams name has been above the garage for a long time. Others have been and gone. Williams is still standing. The other reason, to be blunt with you, is Claire. It was a great meeting, I bought into her vision, her passion, her drive. After 45 minutes, I was convinced she was the one I wanted to work with.”

Williams suffered a sharp decline in form last year, finishing rock bottom of the Constructors’ Championship with just seven points – its lowest total since the five it scored in 2013.

For the whole season both Lance Stroll and Sergey Sirotkin were powerless to bring the team up the grid, with the FW41 severely lacking downforce and its usual straight-line efficiency. Stroll, now at Racing Point, managed a best result of eighth in Azerbaijan before the team embarked on a nine-race pointless streak.

Williams underwent a huge restructuring period in a bid to reverse its fortunes, evaluating every department of the team, even starting as early as last year’s Australian Grand Prix. Head of aerodynamics Dirk de Beer left after just one year, along with chief designer Ed Wood. Williams says that the team has now entered its “next-gen” stage.

“Things feel like they are coming together. Our livery is our shop window to the world, hence the revised livery. It’s fresh. To me that says we are a team that’s here to stay and we have a bright future. It’s important for us to convey that message with all the speculation, all this nonsense going around about the team at the moment.

“We have new drivers who I’m really excited by, and I know everyone in the sport is as well, to see how they do. George is fantastic and the same for Robert. It’s going to take a few races but I know they are going to do the best job. It’s up to us to provide the performance in our race car to enable them to do that.

“We’re on a journey, this is a start of a new Williams. That means a new race car and we’ve really stripped everything back in order to make sure we address the weaknesses that came out of last year’s Williams and that’s not the work of the moment.

“We have to go through this piece by piece and we will get there in the end. It’s all about progress this year, we have got to make improvements to the team.”

Positive words, but can Williams drag itself back from a disastrous 12 months? And more importantly, could the physical evidence of brown sauce convince you to part with millions of pounds? 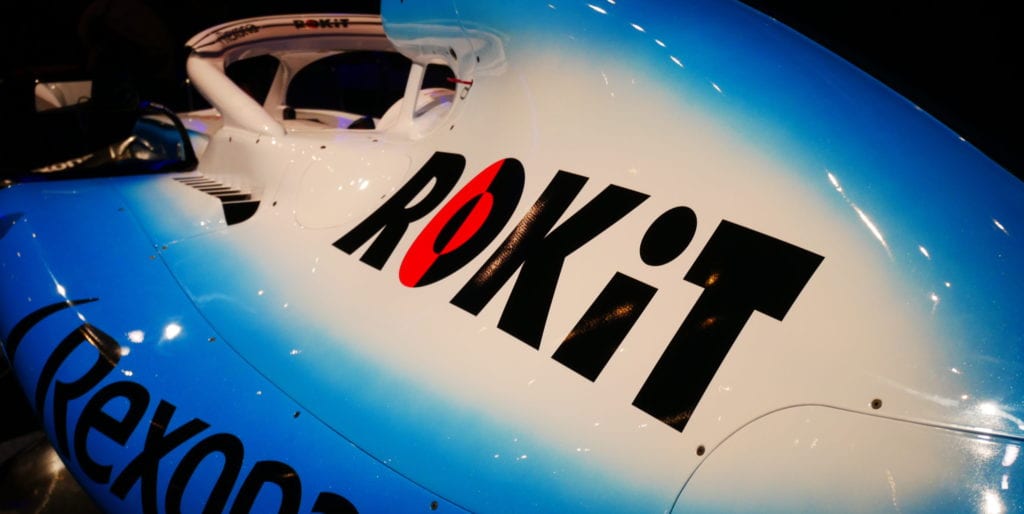