A Jaguar F1 Car Got Destroyed In A Boss GP Event

If you haven’t heard of Boss GP, it’s a championship which basically allows a whole range of old single-seaters to take part. Grids are full of all sorts of cars, such as the Toro Rosso STR1, Benetton B197, Arrows A22 and a whole host of old Champ Cars and GP2 cars, among other things.

Unfortunately the combination of high-powered single-seaters and a grid of drivers whose talent level could be best described as ‘mixed’ can lead to some fairly big accidents. In a practice session for a recent round at Assen’s TT Circuit, multiple series champion Klaas Zwart found this out when he went to pass a slower car on the run to the final chicane.

He thought the other driver had seen him, but apparently not. Zwart’s 2004 Jaguar R5 got forced on the grass and straight to the scene of a massive accident which ended with the car upside-down in the gravel.

Zwart was unharmed in the crash and although the camera missed the impact, this photo show how nasty it was.

The car was heavily damaged with bits of the suspension, floor and other components supposedly beyond repair. Unless Red Bull happen to have any old Jaguar parts knocking around the factory from when it took over the team, it could be a while before it’s up and running again.

It wasn’t the only crash that weekend – at the start of one of the races a couple of drivers in old GP2 cars dropped it before they even got to the start line. 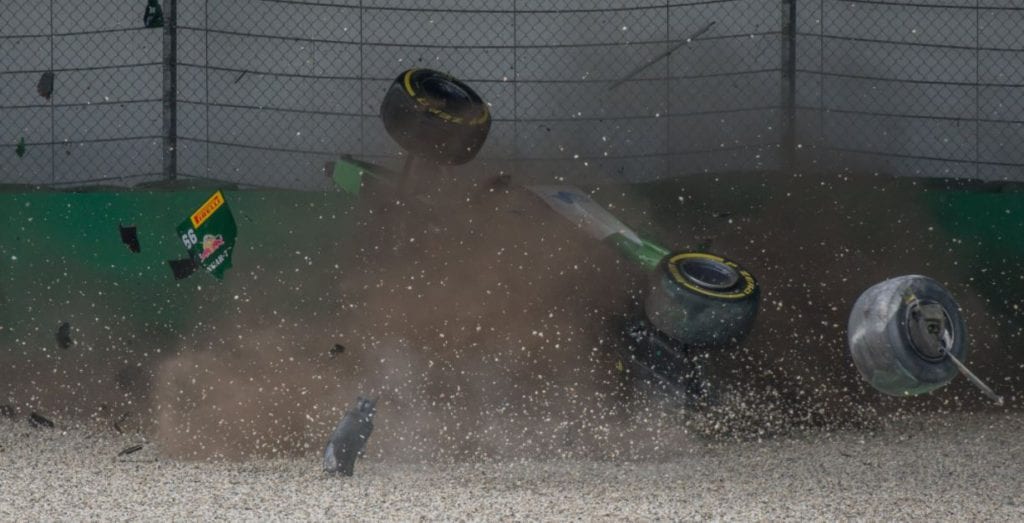