A Look At Some Of The Numbers Behind F1 Testing

Pre-season testing is over, and all that’s left now is two weeks of speculation before the cars hit the track in Melbourne for the first race of the season. So, we thought we’d get it all out of the way now with a few numbers from testing for you to speculate about – if you’re that way inclined.

Sebastien Vettel set the best lap over the eight days of testing, just 0.003 faster than Lewis Hamilton’s Mercedes. In fact, Ferrari has been fastest on four of the eight days, with the other days being shared between McLaren, Toro Rosso and Renault.

Interestingly, Vettel’s 1:16.221 is actually nine-tenths quicker than the best lap from testing last year. Sure, the tyres are slightly different and the weather conditions have been much better this year. But still, almost a second faster when the new regulations were expected to slow the cars down by a second or two shows just what a job the engineers have done to claw that lost downforce back.

Lap times in testing don’t mean a whole lot but with the limited amount of testing teams are allowed to do, the amount of distance covered can be significant. In this regard Mercedes is way out in front, being the only team to have broken the 1000-lap barrier. Ferrari is next with 997 – a difference of almost three entire grand prix distances.

Renault managed 961, Toro Rosso 935, Alfa Romeo 922, McLaren 874, and Haas 871. Red Bull’s tally of ‘only’ 833 laps isn’t ideal given the desire to gather data about how the Honda power unit is integrating with the package. Still, it’s better than Racing Point, who managed just 625 laps after struggling with a shortage of parts, and the beleaguered Williams propping up the table with 567 laps. Still, it could be worse – in 2017 McLaren only completed 425 laps.

The delay Williams had in getting the FW42 built meant the team missed the first two and a half days of testing. In this case, 567 laps isn’t actually that bad of an effort – it equates to 51.54 laps per half-day. Extrapolate that across the five missed sessions and it works out at 257.72 laps – let’s call it 258. Add that to the actual tally and that would give Williams a total of 825 laps, which is at least in the ballpark of other teams.

Of course, the maths is all hypothetical as without the build issues the team probably would have completed even more laps. It does show that Williams seemed to have a reasonable recovery from the early issues and that if anything, Racing Point’s lap tally of 625 is potentially the most concerning of all.

Let’s not kid ourselves though – Williams is still looking set to be the slowest team, with a best lap some six tenths slower than the next slowest car of Force India. It could be a difficult season ahead for the Grove squad…

Pretty much everything we’ve heard throughout testing is that Ferrari is the quickest and will be the team to beat by Melbourne. Lewis Hamilton apparently reckons the SF90 is half a second clear of the field.

Season over, then – well, apart from the fact that this marks the fourth year in a row that Ferrari has finished top of testing – and look how well that’s worked out in the past. There’s a reason it’s the same every year, though – Ferrari gets the Italian media off its back by hinting at being the favourite, and rival teams go into the first race without as much pressure of being seen as ‘the team to beat’. Plus, when Hamilton does take pole and win the first race, Mercedes can profit off the narrative of how incredible amounts of hard work at the factory has overcome the gap in just a couple of weeks. Which brings us onto the next point…

Mercedes spent much of testing do its own thing and focusing on gathering data, rather than chasing after pure lap times – until the last day, anyway. This seemed especially apparent when the team rocked up to the second test with a car that looks so drastically different to the one that appeared in the first test – you get the sense that if Mercedes missed testing altogether it’d still be reasonably competitive in the first race.

A team as big and successful as Mercedes doesn’t suddenly forget how to make a decent car. Once the sandbags are removed and the car hits the track in Australia it’ll surely be back to what we’ve all come to expect. The only way Mercedes won’t be in the battle for pole and the win is if the team is so far ahead that no one else stands a chance.

Of all the changes to the 2019 cars, the most discussed has surely been the different front wing concepts. Some teams have gone for large flaps on the edges, others have gone for smaller ones. Naturally, this has led people to discuss which is best, with many believing that the Ferrari or Alfa Romeo solution might be the best, and that Mercedes and Red Bull might have to design their own versions of the wings.

The truth is probably a lot more mundane in that there isn’t a right or wrong approach to the front wings. Teams have their aerodynamic concepts decided months in advance and are often a continuation of years of evolution from previous cars. To change what looks like a relatively simple part would mean starting from square one – not just for a front wing, but for the numerous parts on the rest of the car which would be affected by a different front wing. If the Ferrari’s front wing is the best, you couldn’t just stick it on another car and see a lap time improvement.

While it’s fun to say that testing doesn’t matter at all, certain things can be inferred. Ferrari might have the fastest car. The Mercedes might have better race pace. The midfield might have closed the gap and be putting Red Bull under pressure. Williams might be comfortably the slowest and Alfa Romeo might spring a surprise.

We don’t know any of this for sure, though – and that’s the fun of it! Of course, you can dive deeper into certain aspects of testing, such as stint lengths, the type of tyres used, estimated fuel loads, engine modes and what have you but that’ll only give you a slightly clearer picture which probably still isn’t entirely accurate.

Ultimately, one team will win in Australia. Then we’ll know more about the pecking order of the 2019 grid. Or maybe it’ll be a soaking wet weekend and Robert Kubica will win. Then we’ll have to wait another two weeks for Bahrain – and we’d be totally OK with that. 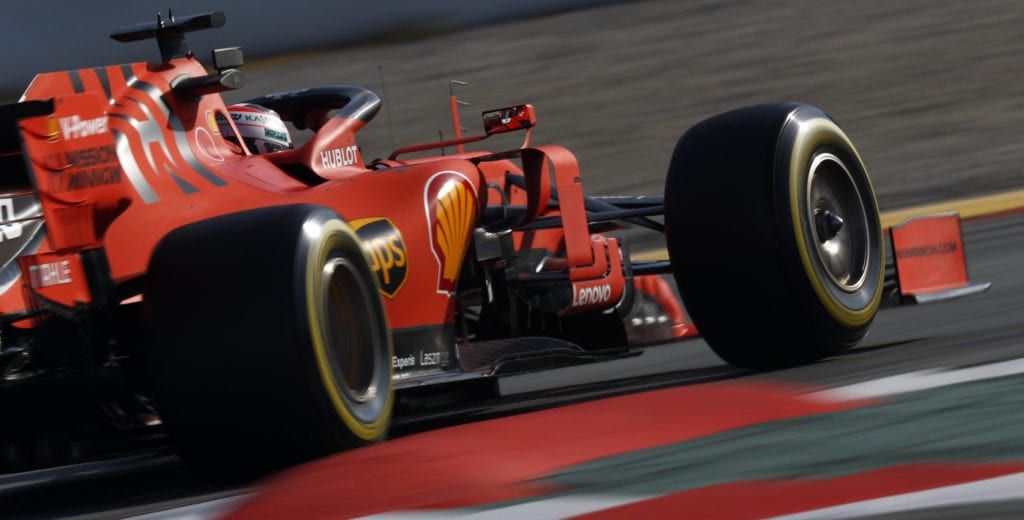