At the Pocono IndyCar Race last month, Robert Wickens was involved in a horrific accident which saw his car launched into the catch fencing.

Thankfully, he was awake and alert in the hours following the crash before being airlifted to hospital with injuries to his lower extremities, right arm, and spine.

Following a transfer to a hospital in Indianapolis, the full extent of his injuries has been revealed in a statement:

He had successful surgery this week to repair his leg and hand injuries and is soon to be transferred to a rehabilitation centre to continue his recovery.

That’s the good news. The less good news, as you might expect, concerns the spinal injuries. The statement read:

“The severity of the spinal cord injury he sustained in the incident remains indeterminate and under evaluation. Physicians stress it could take weeks or months for the full effects of the injury to be known.”

Wickens’ family released the statement to counter “unverified sources” which downplayed the severity of his injuries. However, they also praised the level of support they’ve received in the wake of the crash:

“We want to thank everyone for the outpouring of love, prayers and positive energy that has been sent our way since Robert’s accident. We are blown away by the strength of this IndyCar community and the support within it. While Robert’s recovery and rehabilitation continue over the coming weeks and months, your loving messages will certainly be a source of encouragement for him.”

His racing career may be on hold for who knows how long, but his Schmidt Peterson team said it would have a seat ready and waiting for him when he returns:

“We are grateful for their support as well as the exceptional care given to Robert by the AMR IndyCar safety team, the IndyCar medical staff, the surgeons and nursing staff at Lehigh Valley Hospital – Cedar Crest and everyone at IU Health Methodist Hospital.

“While Robert continues his recovery, we want to make it clear that the number six entry is for Robert Wickens and him only. No matter the amount of time it takes for his full recovery, we will hold that seat for him.”

That last fact shouldn’t be surprising. Wickens has been having an absolutely incredible debut season, almost winning his very first race and proving a consistent front-runner through the year – even on unfamiliar ovals.

In fact, he’s been so good that despite missing the last three races of the season and despite the final round being a double points event, he’s already clinched the Rookie of the Year award. Here’s hoping it’s not too long before he’d back behind the wheel, building on that record. 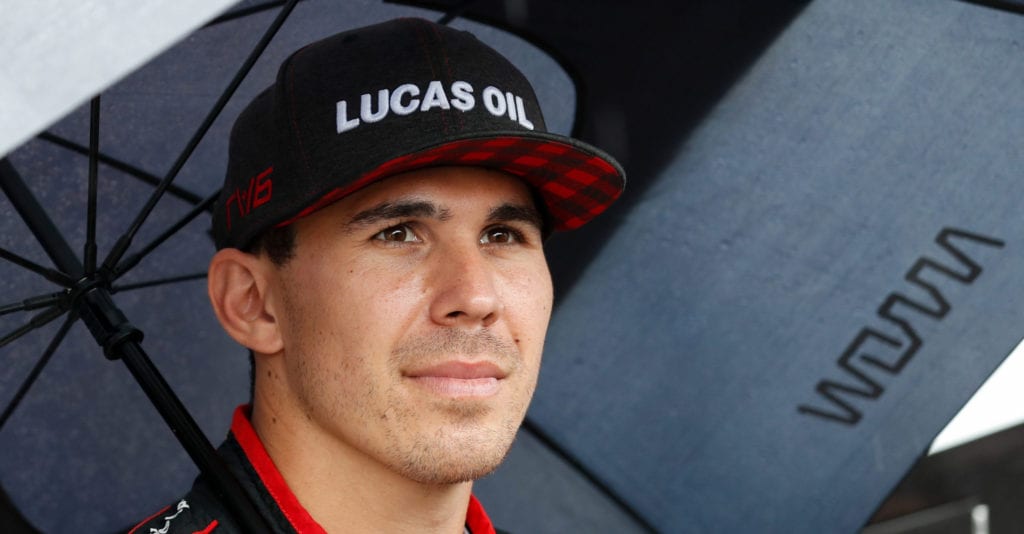