A MotoGP Marshal Was Caught Stealing A Part From A Bike

When Alex Rins finished second in the Spanish round of the MotoGP championship at Jerez, he decided to pull off on the cooldown lap and celebrate with the crowd as a friendly marshal held his bike upright for him.

However, the marshal obviously liked the look of the sweatband that teams frequently use to cover the brake fluid reservoir, quickly removed it, and stuffed it in his pocket.

The perfect crime. Or rather, it might have been, had the whole thing not been caught on camera.

Rins was shown the footage after the race and found the whole thing quite amusing, saying:

“I’m sure it’s already on Wallapop [a Spanish equivalent to eBay] and they’re asking 1000 Euros for it. In the piece it says ‘Rins’ and ‘42’. If I see it on sale on the internet, I will buy it. I’m willing to exchange it for a knee brace.”

The marshal didn’t get away with it, however – the organisers identified him and forced him to return the pilfered part, as well as make a full apology to Rins and the Suzuki team. Even though marshaling is a voluntary role, he might just have hurt his chances of being allowed to do any more of it in the future… 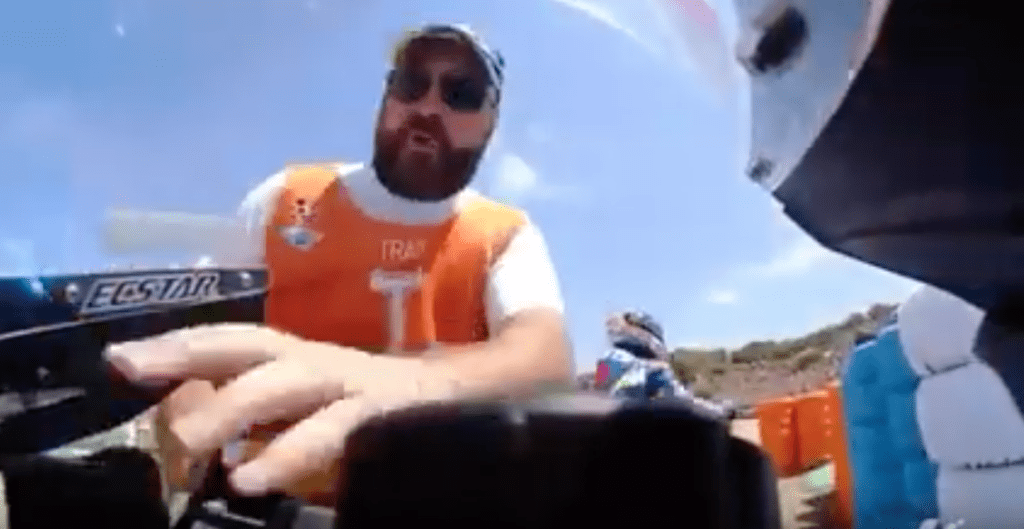