A MotoGP Team Is Running The F1 Logo On Its Bike For Pre-Season Testing – WTF1
Skip to content
×
Formula 1 , MotoGP
1 comment

What is this, a crossover episode?

That’s because the Pramac MotoGP team, featuring riders Jorge Martin and Johann Zarco, has the F1 logo on the back of its bike.

‘A bit strange,’ I hear you cry? Well, there is a reason behind it all.

The branding is all to do with Stefano Domenicali, the former Ferrari Team Principal who is now the CEO of Formula 1. Domenicali is great friends with Paolo Campinoti (Pramac’s CEO) and Carmelo Ezpeleta (Dorna’s CEO). OOH, CEO FRIENDS!

@f1 and @motogp can hit the track together!
Carmelo Ezpeleta, Stefano Domenicali and Paolo Campinoti are close friends and both want to do more together to showcase our amazing events and sporting excellence to ensure more fans become followers of both series#Motorsport❤️ pic.twitter.com/d04v0Z9Zr4

As explained in Pramac’s latest tweet, it’s all to help showcase MotoGP and F1, and try and get fans to become followers of both motorsport series.

It’s a nice gesture from them, now we just wait to see if F1 will return the favour? Maybe we’ll see Stefano Domenicali wearing a MotoGP cap in the paddock soon… yeah… probably not. 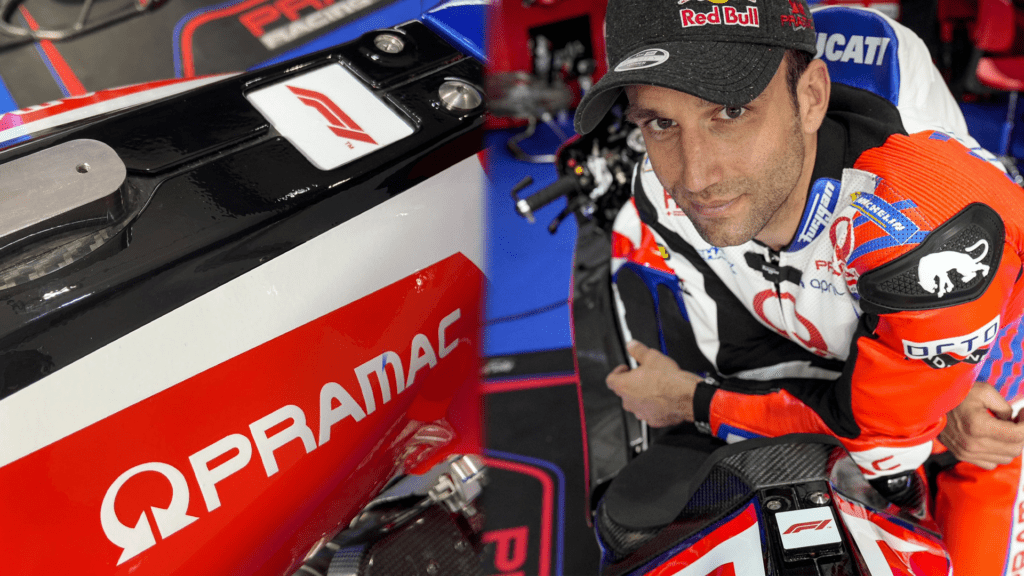