A Nascar Driver Has Been Suspended After Using A Racial Slur On iRacing – WTF1
Skip to content
×
Nascar , News

With Nascar’s esports series having a weekend off, driver Landon Cassill decided to organise an unofficial event called ‘Monza Madness’, utilising the old circuit’s famous old banking. The event featured a few special guests, such as IndyCar racers Josef Newgarden and Colton Herta and former F1 driver and Formula E champion Nelson Piquet. The race was an absolute crashfest but unfortunately, nobody is really talking about that because of the actions of one of the Nascar drivers.

27-year-old Larson drives the No.42 Chevrolet for Chip Ganassi Racing in the top-line Nascar Cup Series, with six career wins and three top-10s in the four races so far this year before real racing activities were suspended. He’s a fairly big name in Nascar and (ironically) got his break through the series’ own ‘Drive for Diversity’ scheme (though he’s from California, his mother is Japanese-American)

Naturally, the use of a term like that by isn’t something to be taken lightly and CGR has already moved to suspend Larson, saying in a statement:

“We are extremely disappointed by what Kyle said last night during an iRacing event. The words that he chose to use are offensive and unacceptable. As of this moment we are suspending Kyle without pay while we work through this situation with all appropriate parties.”

Nascar itself then stated that he has been “suspended indefinitely”:

Larson himself apologised for his actions in a video on social media, saying:

“Hey, I just want to say I’m sorry. Last night I made a mistake and said the word that should never, ever be said. There’s no excuse for that. I wasn’t raised that way. It’s just an awful thing to say. I feel very sorry for my family, my friends, my partners, the Nascar community and especially the African-American community. I understand the damage is probably unrepairable, and I own up to that. But I just want to let you all know how sorry I am, and I hope everybody is staying safe during these crazy times. Thank you.”

Update: Larson has also been suspended indefinitely from iRacing. 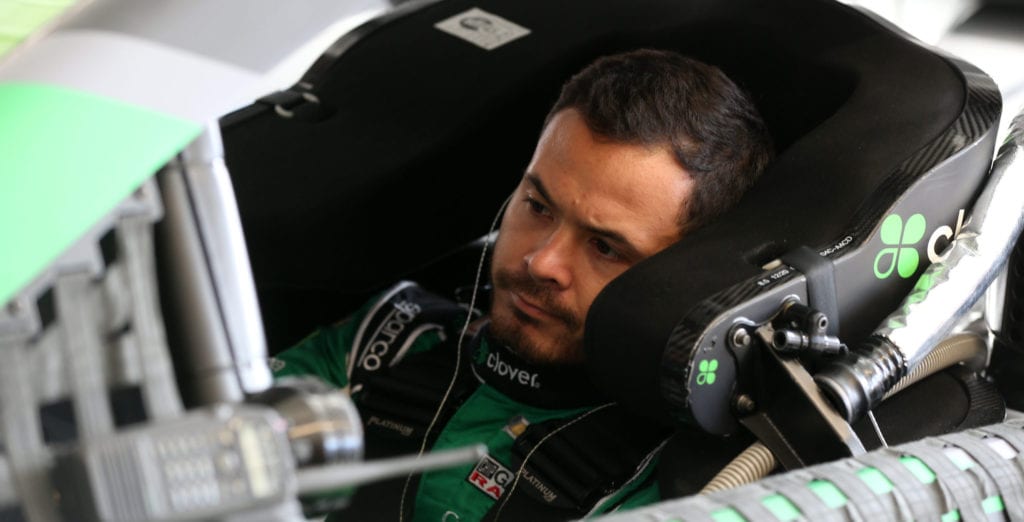