A New AWS Graphic Is Coming Soon To F1 Qualifying

Just when nobody was thinking “I wish I had even more data on my television screen”, AWS have returned with a new feature called ‘Qualifying Pace’.

Introduced from this weekend’s Turkish Grand Prix, the graphic aims to give the audience a more realistic idea of who is the quickest in sessions by eliminating variables such as fuel load and track evolution.

AWS claim that because of these variables, every drivers “true pace” has been hidden until qualifying.

It uses advanced data analysis methods to show who the fastest driver is based on true practice performance, as well as how all the other drivers rank behind them. The data also shows how much time a driver is losing over a single lap and who might perform better than expected in qualifying.

It's coming to your TV screens from this weekend 📺

Fans though have been quick to state that not only are the existing AWS graphics such as the tyre performance are unreliable, but fans do not want all this data thrown at them. Part of the fun of the sport is the unexpected and surprise, and by calculating every tenth gained over a lap or eliminating the variables, it will just take away the fun of the sport.

Do you agree? Do you like these on-screen graphics or are they too much? 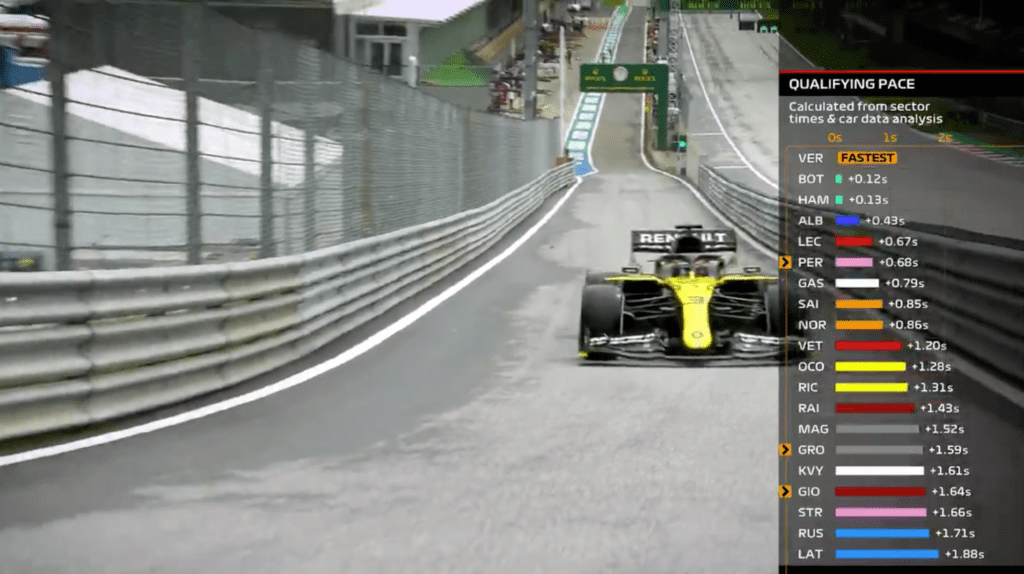