A New Electric Single-Seater Race Car Has Been Revealed

The car, called the ‘Formulino E’ was unveiled at the Zolder circuit in Belgium. It has been built by Dallara in conjunction with a Belgian constructor called Punch Powertrain and the group behind it hope to see it racing by the end of this year.

“We aim to realise 20 cars this year. After that we can scale up production. We are in negotiation to initiate the first race already this year and that would be part of our learning curve.”

Although the FIA aren’t currently involved (the car hasn’t even been crash tested yet), the idea is that Formulino E will eventually be able to form a support series to both Formula E and the upcoming Electric GT series. Former F1 driver and current Audi Formula E driver supports the idea, and said:

“It’s very good. To have a school or base car is very important. The best way to prepare [at the moment] is to go through the normal route – F3, F2, maybe DTM. As Formula E evolves and progresses it’s natural the drivers will be prepared somewhere else.”

With no other electric series currently around (pun absolutely intended) it can be quite difficult for drivers entering Formula E to get up to speed with the different techniques required to race an electric car. Having a feeder series would benefit both the drivers and the constructors, as di Grassi explained:

“It’s very positive to hear it’s coming so early. It’s a good preparation, like F2 to F1, and it’ll be much cheaper to run and less complex. If someone wants to prepare a driver, or a reserve driver wants to keep running, they can get up to speed and gain the knowledge. It’s a very positive move from the constructors.”

The new car is able to match the power outputs of the current Formula E cars, but battery life is currently an issue as they are only able to run for around 15 minutes before they’ll need recharging.

This is something the creators are already working on, with battery swapping apparently being evaluated along with a quick charging system so that races wouldn’t require drivers to switch to another car, as they do in Formula E. 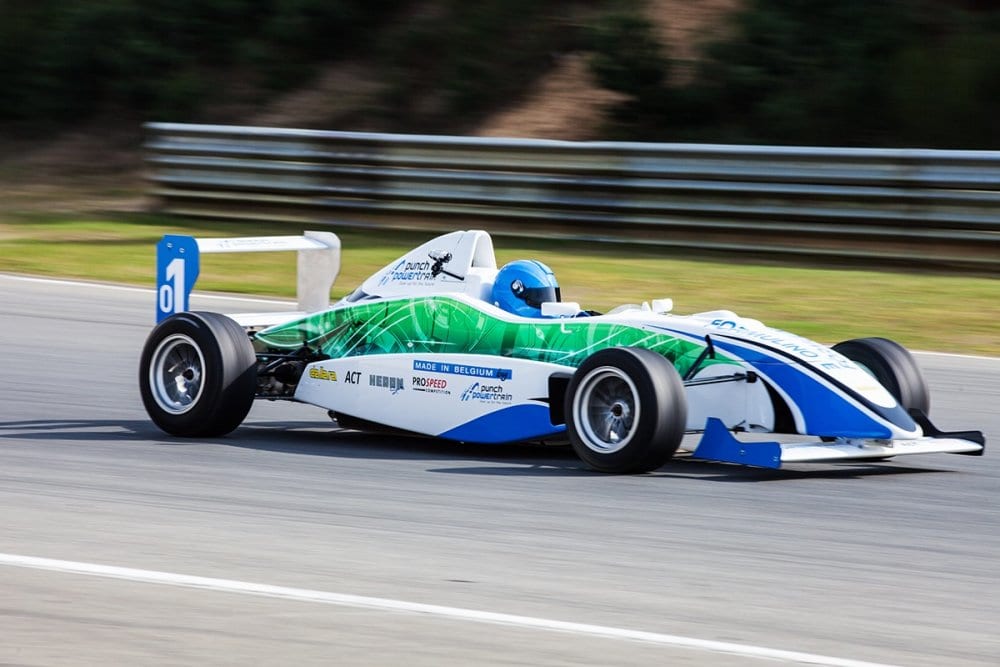