Following on from the Belgian Grand Prix setting a new attendance record, the Italian Grand Prix decided to jump on the bandwagon and do the exact same thing.

The iconic and historic Monza race was attended by a record number of fans this year, with 185,000 people flocking to the circuit over the four-day weekend.

That’s a staggering 32.8% increase in the number of spectators compared to last year, no doubt helped by Ferrari’s improved fortunes.

But, sadly for the passionate Tifosi, the Prancing Horses weren’t all that quick in Italy, although Sebastian Vettel scored a distant third place to give Ferrari a home podium finish.

So, with 2017 delivering an intense scrap between two teams and two drivers for the world titles, great looking cars and some fun racing, it wasn’t surprising so many people attended the race.

Quite impressive, we must say.

Even if Ferrari didn’t deliver on race day, and Saturday featured heavy rain, the fans still filled the grandstands at Monza and that was great to see.

It’s one of the quickest, oldest and most popular circuits on the calendar and while Mercedes were in control, there was still plenty of action further back to entertain.

Plus, it wouldn’t be Monza without the thousands of fans gathering under the incredible podium. The fans really do take the race to a whole new level! 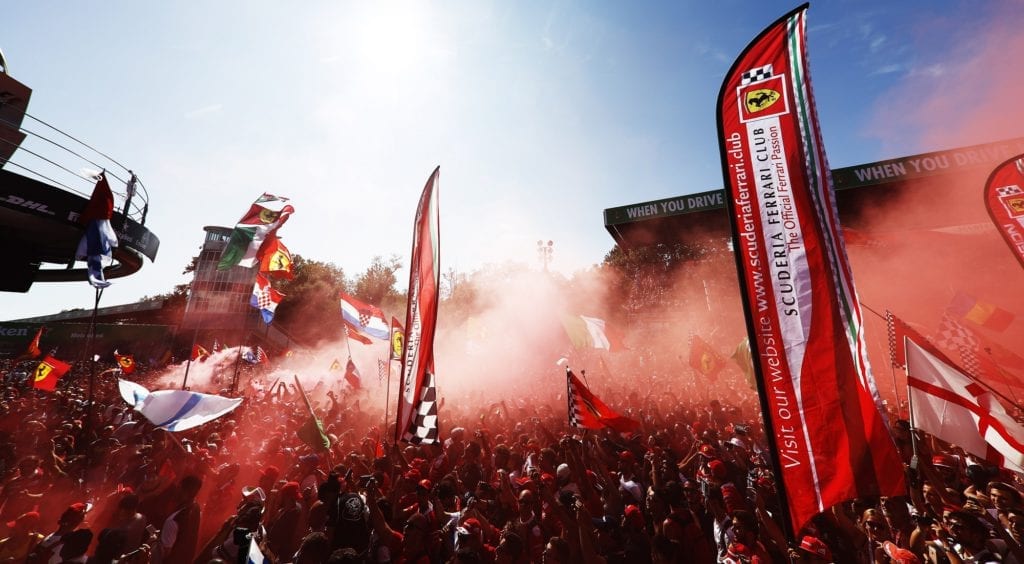