A New Race Track Is Being Built In Northern Ireland

The Mid Ulster District Council has given the go-ahead for work to begin on a new racetrack in Coalisland, about 40 minutes drive from Belfast.

The 3.6km circuit is being built on the site of some former clay pits and is being built to FIA Grade 2 specifications, which means it’ll theoretically be able to host pretty much everything except for F1.

It’s also being built with bikes in mind, with the World Superbike Championship being targeted as a potential major series to attract.

It’s is being designed by Driven International, a company which has worked on several British race tracks including Silverstone’s upcoming Rallycross circuit. Managing Director Ben Willshire told Autosport about the plans for the build:

“We’ve been working on this for the last year. It’s going to be the first real international-level racing circuit in Northern Ireland. It’s a former quarry so we’ve been quite fortunate in being able to shape the topography of the track and it’s very undulating with 30 metres of elevation changes over the circuit.

“We’re trying to keep it like a traditional European circuit and we’ve got a mix of high speed corners and technical sequences. The next step will be to integrate some feedback from the FIA and FIM on the track – they suggested some minor tweaks.”

First ground is being broken on the 12-turn circuit next week, with completion expected at some point in early 2019.

Like many circuits noise restrictions will limit the amount of racing that can take place each year, with just 12 days of racing allowed each year, including four Saturday and Sunday meetings.

Still, that’s plenty for a good selection of championships to hopefully make the most of, and the undulating layout looks pretty interesting. Check out that lake as well – eat your heart out Yas Marina! 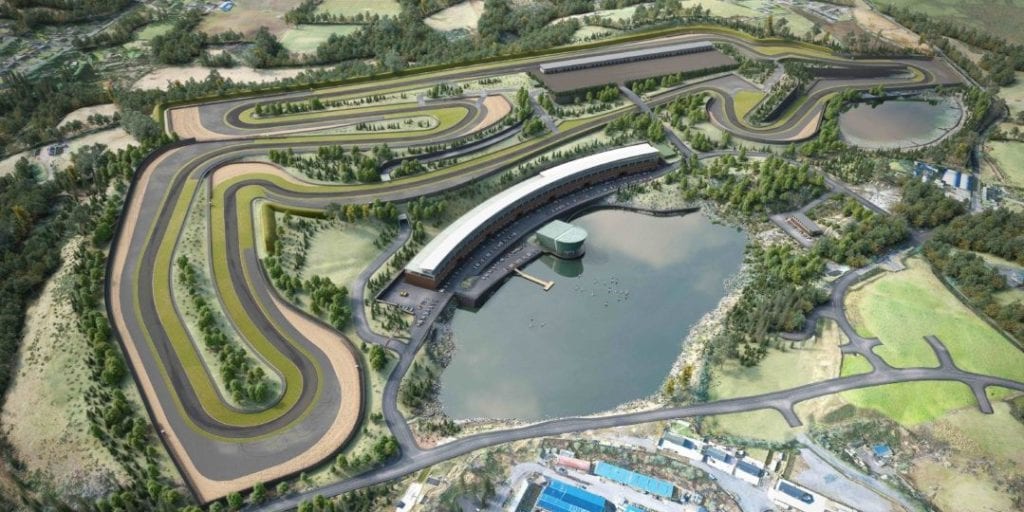