A New Red Bull Deal Could Be Just Around The Corner For Sergio Perez – WTF1
Skip to content
×
Driver News , Formula 1
2 comments

It’s all kicking off in the exciting world of F1 contracts. Lewis has now re-signed with Mercedes, and now it looks like Red Bull wants to get in on the action. Talking to Sky Sports, Red Bull boss Christian Horner hinted that a discussion to keep Checo would be “pretty straightforward”.

Chatting during FP3’s action around the Red Bull Ring, Horner praised Checo for his excellent job in his first season with the team.

“We are really happy with the job Checo is doing,” said Christian. “We’ll be sitting down with him in due course, but obviously, there are a few races to get out of the way between now and the summer break.”

“We’re happy with the points he’s hoovering up and the job he’s doing.”

It’s true. Since joining the team at the start of the year, Checo has landed himself a podium in France and a victory in Baku – helped by Max’s tyre blowout from the lead. He currently sits third in the drivers’ standings.

“I don’t think it will be a lengthy discussion. It’s pretty straightforward. At the right time, hopefully, we’ll have that chat.”

Sergio Perez is the first Red Bull driver in 14 years to not have come through their junior programme, but he still is under the very strict management that Red Bull are famous for. He’s doesn’t need to worry, though, because he’s doing the job.

His strong performances are helping Red Bull to lead the Constructors’ Championship.

Thanks to all for your support in each of every lap that I have done.
200 Races this weekend is very special!#AustrianGP#Checo200Races pic.twitter.com/IxXH4HY1ij

“Well, we knew he was good around here, but we didn’t know he was that good,” Horner said in Baku after his first win. He is still a few tenths off Max in absolute raw pace, but his race management is second to none, and he hasn’t got flustered in the fight against Mercedes at all.

From Checo’s performance and Horner’s high praise, it looks to be that another deal for the Mexican could be imminent.

Would you like to Sergio at Red Bull for the long term? 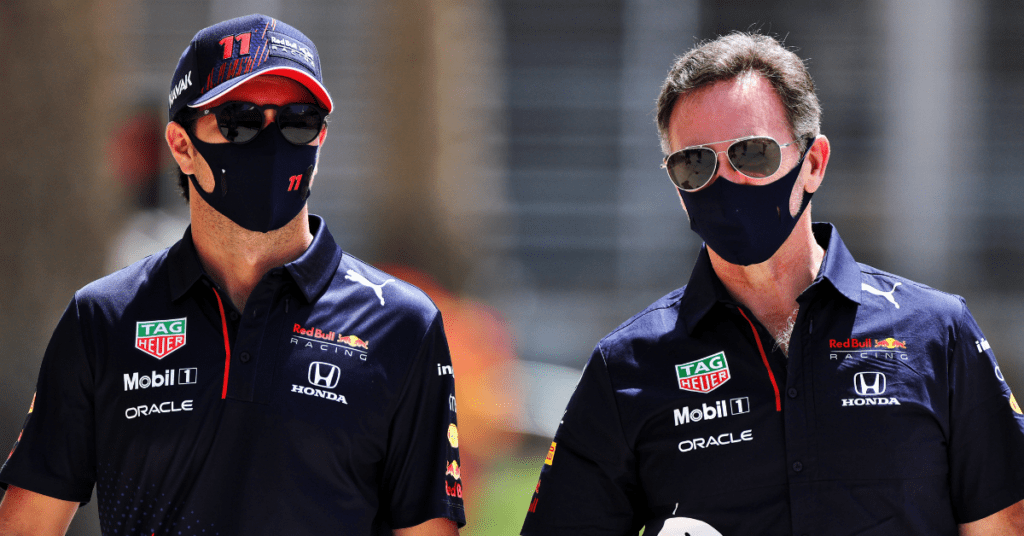