The atmosphere that the layout of the Autódromo Hermanos Rodríguez circuit generates is more audible than your usual track, more so when Sergio Perez is climbing up the order with some tidy moves. The Force India driver was quite obviously the favourite driver on home soil, and Checo was on for solid points until lap 37.

Perez went from 13th to 11th at the start quickly started making gains on the cars around him, stretching his opening tyre stint in typical Perez fashion. After a quick stop under the Virtual Safety Car, he hunted down Charles Leclerc for eighth place. It was a truly spectacular battle that lasted a few laps, with both drivers showing some great race craft and just about enough respect, all to the cheers of the thousands of fans around the circuit.

Perez finally got clear of Leclerc on lap 36 and was poised to hunt Nico Hulkenberg’s Renault down in what surely would’ve been another spicy battle. But just a lap later Checo’s brakes failed, much to the disappointment of many onlookers cheering on their compatriot trackside.

This is only his fifth retirement in the last three seasons – they’re not exactly common and it’s Sod’s law that one should happen in his home race, denying him points there for the first time.

With Esteban Ocon missing out on points too, Stoffel Vandoorne’s impressive drive to eighth could be a bit more relevant than it initially looks. With only two races to go, Vandoorne’s four points could prove to be just enough to keep McLaren ahead of Force India in the constructors’ title, with the difference now 15 points.

But for Checo fans in Mexico, this will be a tough one to take as he wasn’t putting a wheel wrong and was on for ‘best of the rest’. At least they got to see their man in some fun battles just before the brakes broke! 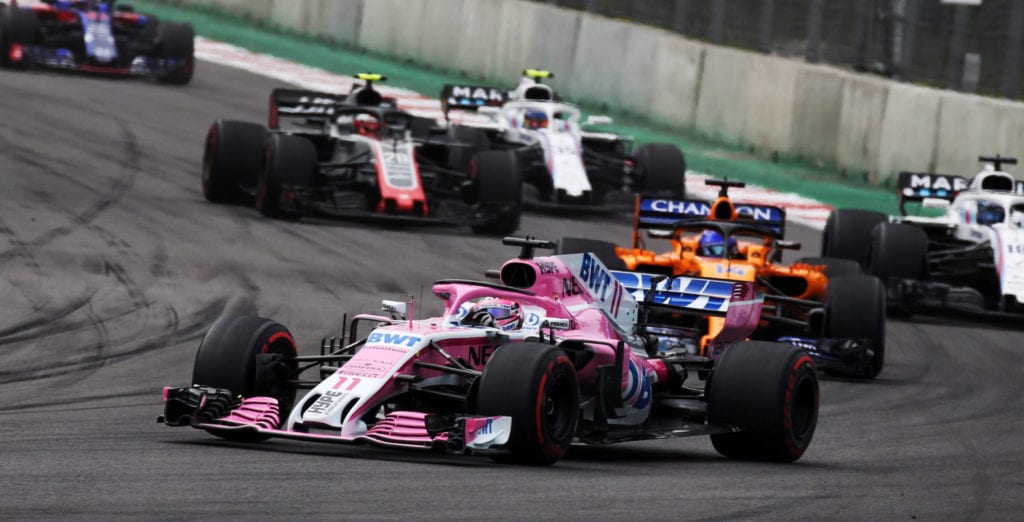