A Renault Team Truck Was Involved In An Accident On The Way To The Hungararoing – WTF1
Skip to content
×
Formula 1 , News

Back-to-back races can be a tough task for the teams as they have to pack up everything straight after a race and then immediately travel to the next location. In this case that involves driving the near-1000km from the Hockenheimring to the Hungaroring.

Unfortunately, during the journey, a Renault F1 team truck driver went through the central reservation, across the road on the other side and into the trees.

Thankfully, a statement from the team mentioned that although the driver has been taken to hospital, he hasn’t suffered any injuries.

We confirm that a Team truck was in an accident on the M1 in Hungary, near Gyor. The driver, who was driving within the respected regulations, is conscious and has not suffered serious injury. He’s been transported to hospital for further checks. No other vehicles were involved.

In all seriousness though, it’s great to hear that the driver is OK from an accident that could have been a whole lot nastier. It’s really not been a great couple of days for the team, has it? 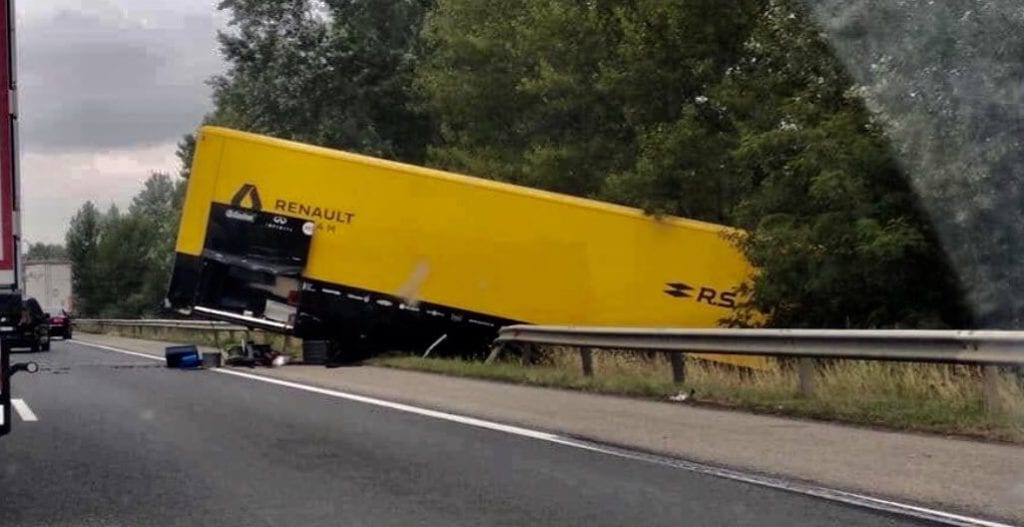