For much of the world, today is April Fool’s Day, which means there are plenty of spoof stories floating around. That’s right, qualifying for the Chinese GP isn’t really going to be held in cars from the 1980s.

The rest of the motorsport world has got in on the act, too. There’s perhaps not been quite as much tomfoolery as we saw last year (probably due to the fact that F1 teams have been pre-occupied with the Bahrain GP) but there have still been quite a few good ones.

Rosberg uploaded his Bahrain GP vlog with the claim that he’s making an F1 comeback with Mercedes next year. It’s kind of a shame he didn’t follow through a bit more with the joke in the actual video, but at least the idea of it is slightly believable.

As part of the team’s long-term plan for continuous performance growth, the team has nominated Paul Ripke (38) as Special Advisor – a newly created position that will report directly to Toto Wolff, Team Principal & CEO.

Mercedes itself also went with the idea of a new signing – not for the drivers, but for the management, claiming that team photographer Paul Ripke had been promoted to the position of ‘Special Advisor’ to the engineering team. Our favourite bit? His claim that “I am not bound by engineering principles or the laws of physics in my hunt for performance”, which could prove useful if Ferrari carries the speed it had in Bahrain through the rest of the season.

There’s nothing especially subtle about this April Fool, but you’ve gotta hand it to Ferrari for at least trying. Plus, we’d genuinely love to see Jean Alesi behind the wheel of a modern F1 car…

F1 itself went all-in with its joke. Based on the dog driving an F1 car from the Chemical Brothers video, this brand new racing series is little more than an excuse to make a load of dog-based puns. We approve.

Even without the expert-level photoshop job, the Castle Combe circuit in the UK would easily take the award for the most bizarre April Fool. In a fake statement, the circuit claims it’s going to secede from the UK, host an F1 race in 2020, and ban all vehicles not made by British manufacturers from the venue.

A shocking revelation [oops] has put an early end to our #IMSA50 season.

This year, IMSA has been celebrating its 50th season of racing, which naturally has come with a fairly big marketing campaign. In its April Fool, the series revealed that it had found out about a lost race which actually makes 2019 the 51st season. On top of that, IMSA offers a series of low-budget guidelines for how to rejig the logo so that the number 50 looks like a 51. Barmy, but brilliant.

🗣 #RK88: “It was a very tough race, but we expected that. The car balance issues that I am having put me in a difficult position today. Additionally, the wind didn’t help so it made it more complicated, but I had a few enjoyable laps when the tyres were fresh.” . . . #F1 #Formula1 #BahrainGP #WeAreRacing #WeAreWilliams #RK88 #GR63 📸 @xpbimages

There’s not a lot for either Williams driver to be excited about at the moment, so the team hilariously put out these quotes suggesting that Kubica and George Russell had a good time running around at the back together. Wait, you mean this isn’t an April Fool? Maybe things are on the up at Williams after all!

Have you spotted any other good April Fool’s? Feel free to share them in the comments! 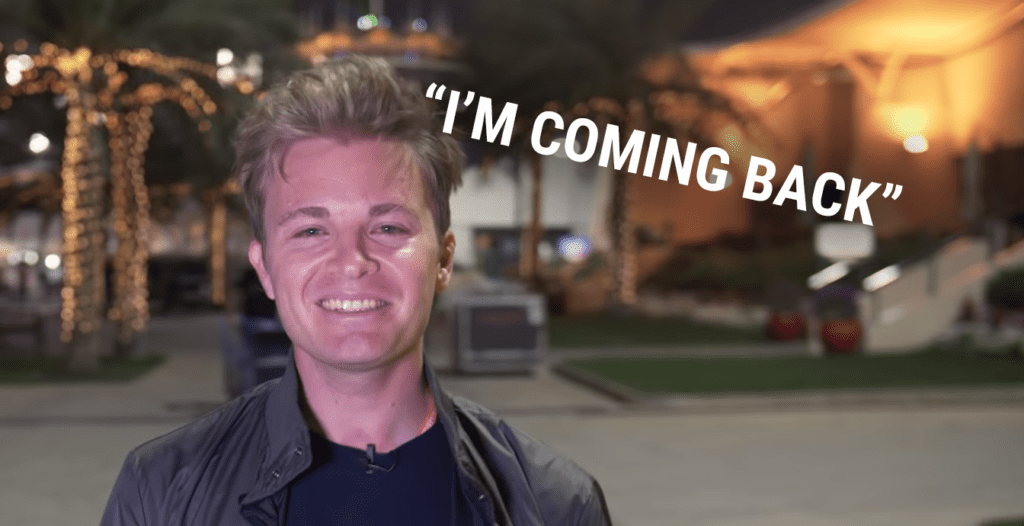