During qualifying for the second race of this year’s Gold Coast 600 at Surfers Paradise in the Australian Supercars championship, championship leader and Bathurst 1000 winner Scott McLaughlin crashed his Team Penske Ford Mustang in a big way coming out of the first chicane.

After slamming into the concrete wall, his car slid on its sid down the track before eventually coming to rest. The session was stopped and thankfully, the onboard cameras appeared to show that McLaughlin was OK. From the outside, however, that wouldn’t be immediately obvious and as marshals rushed to the scene, fellow driver Shane van Gisbergen – McLaughlin’s main championship rival – wasted no time in stopping his car and rushing to offer his help.

Fantastic to see, isn’t it? Even better news is that after precautionary checks at a nearby hospital McLaughlin was given the all-clear – although his car was so badly damaged and he and co-driver Alexandre Prémat had to miss the race.

However, in the crash it appears that the front-right shock absorber of the Mustang yeeted itself into the air and a couple of fans claimed that it landed on the balcony of their apartment.

Now that could have been incredibly nasty and thankfully, the only thing damaged was a table. The offending part was returned to the team but understandably, Supercars is going to investigate exactly what happened. 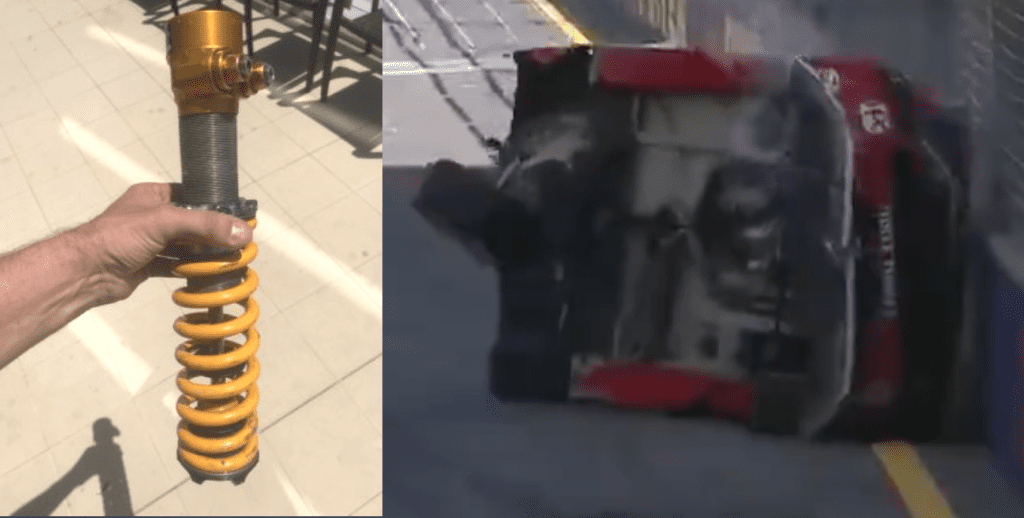