A Supercars Driver Got Fined For Celebrating A Race Victory

It’s always good to see a driver celebrating a win with some kind of donut or burnout, and that’s exactly what Aussie Supercars driver Chaz Mostert did at Phillip Island.

The win was Mostert’s first since his nasty accident at Bathurst in 2015, so naturally it was a pretty significant moment for him and he wanted to celebrate. After winning he stopped on the outside of turn one and simply turned his rear tyres into smoke.

Unfortunately the stewards didn’t take too kindly to it as they deemed it a ‘static burnout’, which isn’t allowed, and pinged Mostert for a $3000 fine (although $2000 of that is suspended until the end of the year).

It sucks to see celebrations get penalised but considering the sheer volume of tyre smoke and how close he came to hitting another car, perhaps it’s understandable. That doesn’t make it look any less cool, though! 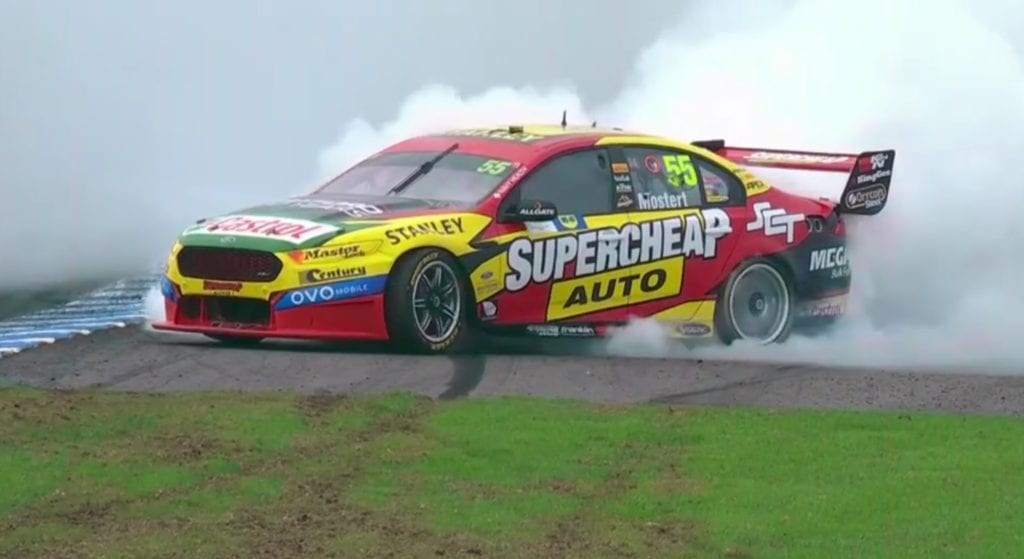