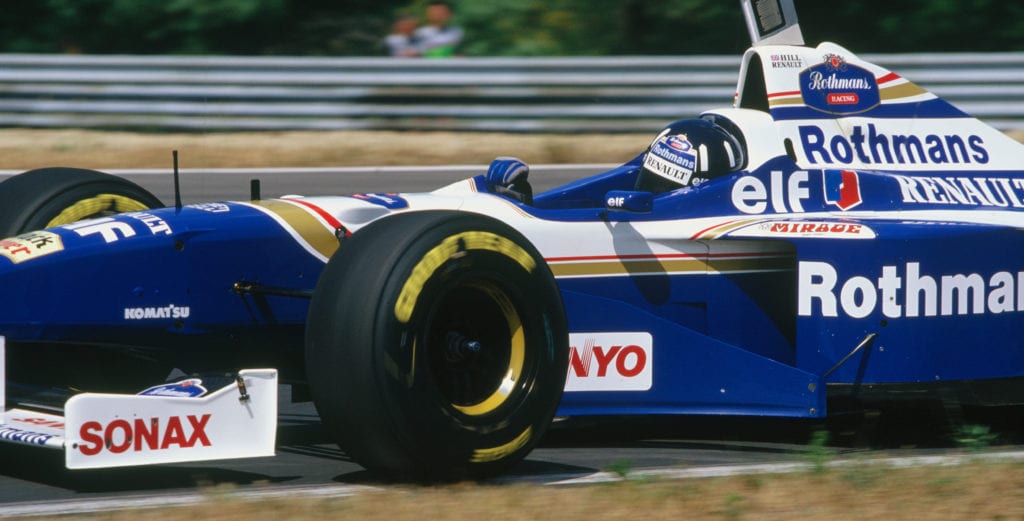 A Thank You To Damon Hill

It’s perhaps no surprise that stuff like mental health and depression aren’t spoken about openly in the motorsport world. It’s a place where drivers want to show no weakness and personnel don’t want to show any vulnerability, it’s a sport where power and status rule.

One person however who has spoken openly about his fight with depression is Damon Hill.

Anyone who knows me personally or have even seen me on our WTF1 Podcast (still wearing an old Damon Hill Arrows shirt at 30 years old) will know that I’m rather a big fan of Damon, but not just because he was my childhood favourite F1 driver.

#tbt my first and latest visits to Silverstone, 21 years apart. Still got a baby face, still love a Rothmans Williams and still just as excited to see F1 cars up close. So grateful to be doing what I do now 🙏🏻 #f1 #williams40 #silverstone #wtf1

Around this time 23 years ago, I’d have been up at a ridiculously early time with my parents, watching Damon win the 1996 F1 World Championship at Suzuka, like many fellow F1 obsessives who grew up in this era I can still recall Murray Walker’s “I’ve got to stop because I’ve got a lump in my throat” commentary as he crossed the line.

Why Damon Hill? I’d love to have an exciting reason but it was nothing more than the fact that the first race I watched (Australia ’96) Damon won. Come on, I was 7 years old who else am I gonna support other than the guy winning?!

It wasn’t long before I was obsessed with F1, going to Silverstone qualifying that year with my dad with a homemade Damon Hill helmet made of paper-mache. My bedroom wall was painted in Damon’s (and before him his father Graham’s) iconic helmet design and I continued to support him until he retired in 1999.

After that, the world didn’t really hear much from Damon Hill and I found a new team to support (Orange Arrows) and continued to love F1 as I always did.

Fast forward to 2016 and Damon had released his autobiography ‘Watching the Wheels’ a book I’d been hearing great things about.

I’ll come clean, I’m not much of a reader (all about the digital meme world) and it was well over a year before I got to read the book but to be fair I had a lot going on around that time.

Those of you who’ve been following the WTF1 story for a while will know that at the end of 2016, I sold WTF1 to Car Throttle. At the time I was running WTF1 (a blog and the social pages) as a hobby and it was the chance to make it a full time job. Little did I know how crazy things were about to get.

The biggest change of anything was the fact that I’d always tried to stay pretty anonymous. I wrote my blogs under the name ‘Tommy’ and never did anything from the video side. I’ll be honest, the thought of it terrified me.

By the time I’d gotten round to reading Damon’s book, we’d hit over 100,000 YouTube subscribers, WTF1 had well and truly exploded and I’ll be honest, life had gone from 0-100 real quick.

I don’t know what I expected from the book, I just thought it’d be interesting to relive some of the good times from my favourite F1 driver’s career. Instead, it begins with Damon talking openly about his depression and about his struggles with his mental health, particularly during the final stages of his F1 career

He was asking questions about himself so open and honestly, the same questions I’d often asked myself when things started getting crazy at WTF1. It inspired me to push through my own personal self doubt, something I have struggled with pretty much my whole life.

A few years ago, I had quite a big phobia of being on camera, but hearing someone I admired speak so openly about their doubts and struggles, it made me believe I could get over it too, and since then I’ve been part of our WTF1 podcast for almost two years now.

Things took a turn for the worse at the start of this year when my brother-in-law passed away after complications following his heart surgery. He left behind his wife and their daughter who was born in August this year. It unsurprisingly hit our family very hard and even as months and months passed, I found myself in a very dark place where even just day to day activities were a struggle.

The highs and lows of life have never been more extreme this year, as I carried on with what is essentially a dream job for myself on WTF1, still with the lingering sadness of what happened this year. Moments I enjoyed were incredible but the comedowns were huge, you know those times where nothing can cheer you up? That but for hours, sometimes days.

Thankfully I had family and friends who helped support me through this time, but it was also Hill’s openness in his book about what depression felt like, that without hearing, I could easily have just dismissed what I was going through as ‘just feeling a bit sad.’

So a few months back I decided to get help professionally, and booked an appointment with a doctor, and sure enough I was told I had all the signs of depression. I won’t bore you with my life’s story about what’s been going on but just recently I finished my last session of Cognitive Behavioural Therapy, made a few lifestyle changes and I feel better than I’ve felt in a very long time.

There’s a brilliant video released this last year by Havoline, where Damon talks with Freddie Hunt (son of James) openly about how therapy and speaking out helped them in their lives. In this video Hill gives thanks to others who have spoken out about their depression and how it helps others to get over their struggles. Well, here I am thanking him for doing just that for me.

Hopefully one day our paths cross in the F1 media world and I can thank him myself personally but for now, you can all hear it. It’s something I wanted to do for my own peace of mind.

For those of you who are struggling, all I can say is don’t struggle alone. Speak to people and if you need it, get help. I too was apprehensive about it but I can sit here now feeling so glad I took that step. 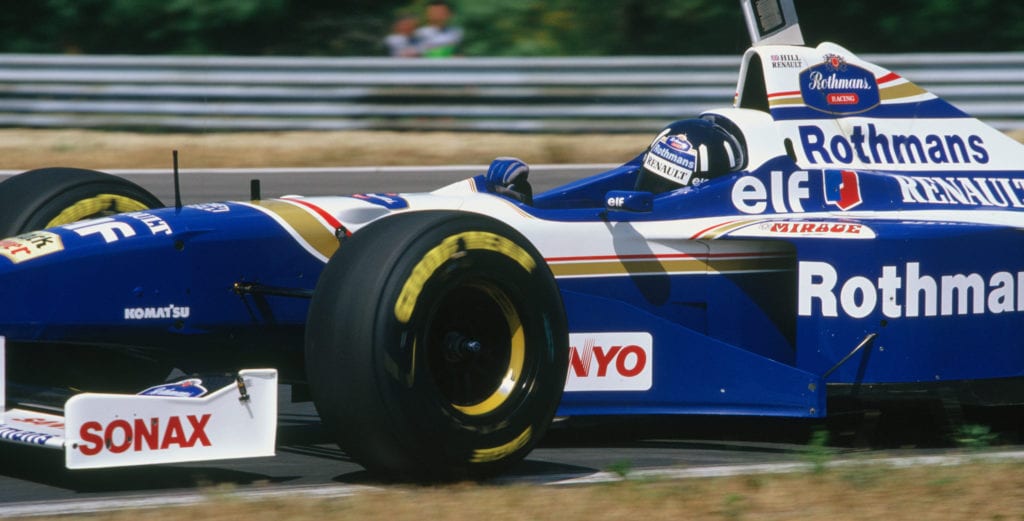