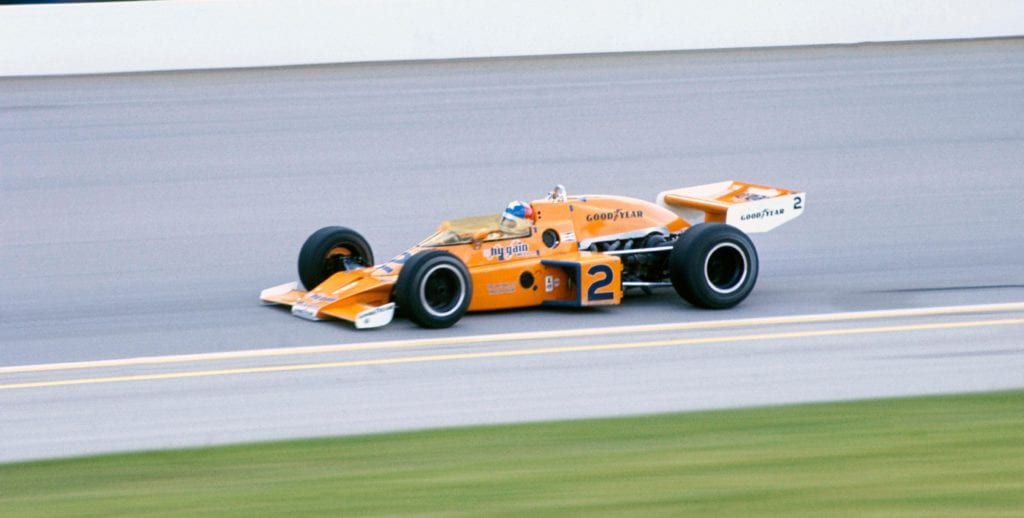 A Throwback To McLaren’s Indy 500 Success In The Seventies

Although it’s Fernando Alonso grabbing all the headlines at the Indianapolis 500 this year, it should also be noted that the return of McLaren is a pretty big deal. In the 1970s the McLaren M16 won three times in six years and staked a claim to being one of the all-time great cars of Indianapolis.

McLaren was first convinced to race at Indy in 1970 but it’s Can-Am based M15 suffered from a few issues and although competitive, the team decided to build an all-new car for the following year.

The all-new M16 was definitely a good’un. In the 1971 event the two works cars (in the hands of Denny Hulme and Peter Revson) and a Penske-entered car (with Mark Donohue at the wheel) were lightning fast in the run up to the race, with Revson taking a comfortable pole position.

The reason the car was so fast was because designer Gordon Coppuck had looked at the Lotus 72 that was redefining Formula 1 and figured such a concept would also work well on ovals. He was right – the wedge-shaped design provided excellent aerodynamics, and although rear wings were banned under the rules of the time, Coppuck cleverly got around it by making the rear wing part of the engine cover. Power came from the tried-and-tested turbocharged Offenhauser engine, whilst the gearbox had a whopping three speeds instead of the normal two in the hope of making it easier when pitting.

Despite the pace of the M16 there would be no victory however. Donahue dominated until retiring with gearbox problems, Hulme had engine trouble and Revson could only manage second as Al Unser took the victory.

The M16 had created something of an aerodynamic arms race and by 1972 other teams had caught up. The revised M16B couldn’t mange pole position and the works cars dropped out of the race, but Mark Donahue’s Penske-run entry survived to take the first win for McLaren at Indianapolis.

In 1973 Johnny Rutherford joined McLaren as a works driver and took pole with the updated M16C but reliability issues during the race relegated him to ninth place by the flag. In 1974 he only qualified 25th, but it was to be the beginning of one of the most successful streaks for a driver and team in the history of the Indianapolis 500.

Rutherford charged through the field to run second after just 24 laps and spent half of the race battling with A.J. Foyt for the lead. But when Foyt dropped out with an oil leak Rutherford was left to complete the final 60 laps virtually unchallenged to take his first Indianapolis 500 victory, and the first for the works McLaren team.

The following year the M16 was further updated to become the M16E and Rutherford managed to finish second, before adding another win for the team and the car in 1976 having started from pole – a seriously impressive achievement considering that the basic design of the car was almost six years old!

Although the car was still competitive McLaren sensed that it was time for a change, but the M16s replacement for 1977, the M24, never managed to achieve the same levels of success. In fact the M16 was so popular that it continued to be raced in private hands as late as 1981 – 10 years after it first appeared on the scene!

Indy 500 success wasn’t the only achievement for the M16. The car was good enough to win a number of other races and Johnny Rutherford was runner-up in the USAC championship in 1974, 1975 and 1976. It also formed the basis for the McLaren M23 F1 car, which won drivers’ titles for Emerson Fittipaldi (1974) and James Hunt (1976), and also gave McLaren its first constructors’ title in 1974.

Despite the success stateside F1 would eventually become the teams ultimate focus, and the last time the Indy 500 featured a works-entered McLaren was 1979.

But in 2017 McLaren are back at the brickyard with a car for Fernando Alonso – kind of. Although the chassis is made by Dallara and Alonso’s car is being operated by the Andretti Autosport team, that’s not to say that McLaren isn’t involved at all.

Fernando’s crew also includes some members of the F1 team who are using the sophisticated simulation and analysis software available to them in order to boost their chances. It’s hoped that the combination of this, alongside Andretti’s experience and instinct, will combine to give him the best possible chance.

It seems to be working so far, and things have been going fairly well for Alonso at the track up to this point. It’s a long shot, but who knows – could we be seeing a McLaren in victory lane again, 41 years after the last time it was there? 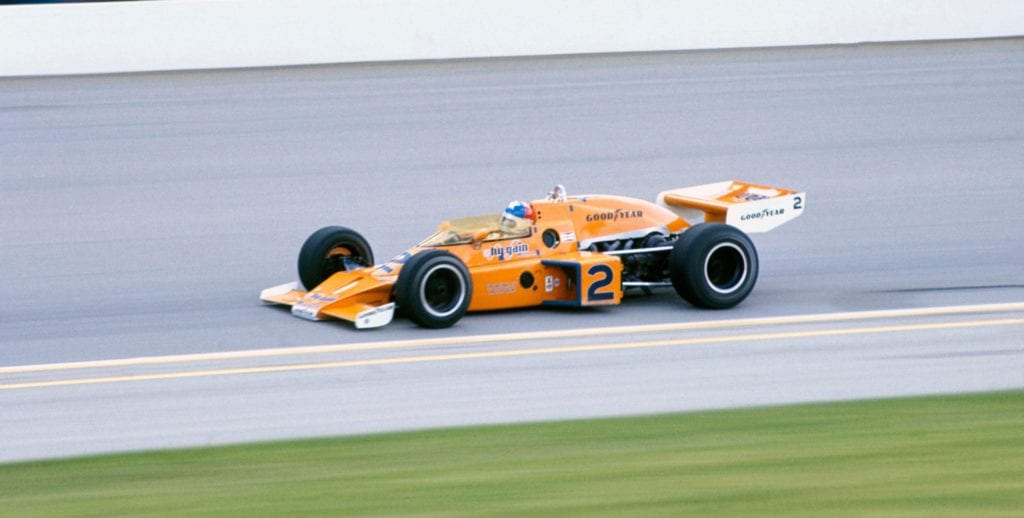