F1 has changed quite drastically since 2016 in that the hive mind of social media has slightly changed how drivers hold themselves. The post-Bernie deregulation of interaction has seen the sport warm to the emoji and has even had some drivers reacting to online content, whereas before this may have been digested in private.

This has changed how drivers behave too, more aware of the immediacy in reaction to anything that they do. The 2016 Austrian GP collision between Lewis Hamilton and Nico Rosberg was a key moment in the championship, and the drivers had free reign on their reactions in the raw wake of the changed consumption of the sport.

Hamilton’s reaction after the collision (which was eventually blamed on Nico Rosberg) was:

“Honestly I don’t really want to get into any negatives. I just want to focus on the fact that I won today. You guys can see the move and take your own opinion from that. I have my own opinion but I’m going to keep that to myself and try to focus on that race. The team want to finish first and second. That’s my goal and the team’s goal and I want to be at the front of that, but certain circumstances have led us to where we are today.”

Rosberg was a bit more defensive and distraught in his reaction after dragging his damaged car across the line for fourth. The penalty given to him by the stewards officially left the blame at his door.

“I’m just extremely frustrated because I felt I had the win in the bag, and even in the moment I was sure I was in a good position to defend and win it, just before the collision. The collision completely took me by surprise. I didn’t expect Lewis to turn in.

“I can say I didn’t drive into anybody because I had the car fully under control at all times, I didn’t lock up any tyres or anything, completely under control. Him turning in just completely caught me by surprise. He apparently said in a TV interview I was in his blind spot, so maybe that is the reason why he turned in. That’s a possible explanation.”

The collision provided us with the Toto Wolff table-punching meme, a mainstay of F1-based social media reaction. At the time, almost every F1 fan had an opinion and took a side in the fierce rivalry between Hamilton and Rosberg, both of whom were mentally drained as a result.

Only two years on, it’s hard to see a rivalry like this being allowed to blossom again. Drivers are now wise to the implications of reacting in a particular way and that there’s always a spare mob knocking about, ready to jump on one back or another. 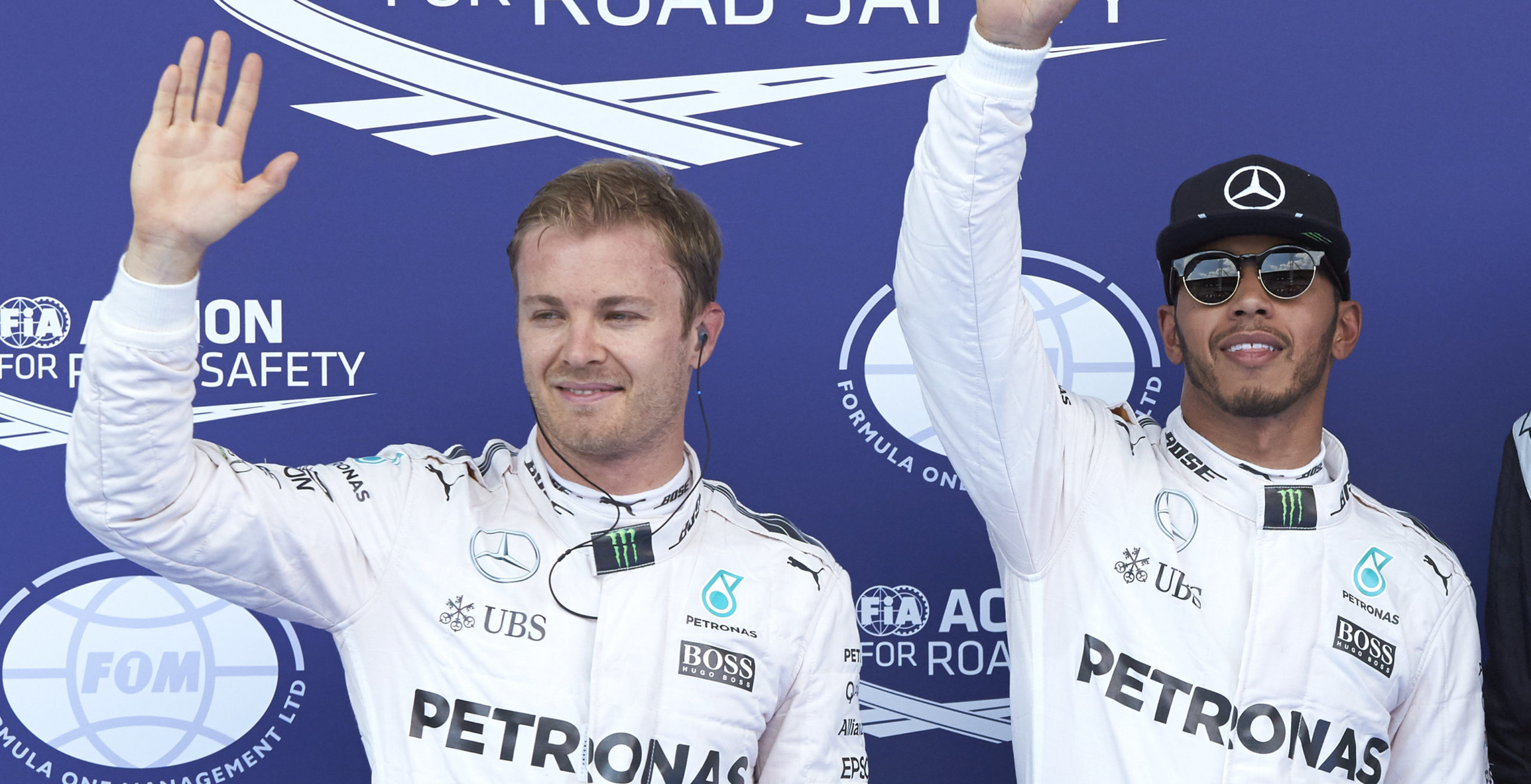