Formula 1 grids were a bit of a dull sight in the middle of the last decade. You had the odd blue Sauber and the scarlet Ferraris, but the rest of the field was largely a mix of blacks, whites, silvers, and dark blues. For a while, there was hope that Haas might be able to change all that.

As the team was gearing up to enter the sport in 2016 with a car built by Italian firm Dallara and with technical assistance from Ferrari, there were rumours that the team would pay tribute to that fact by painting its cars in a yellow similar to the background colour of the Ferrari badge. This wasn’t just some fantasy, either – Gene Haas had sparked the rumours himself when he made this comment to Autosprint:

“We would love to have a car in line with the company’s image. But it needs to be good, too, because all these cars in silver or grey appear almost identical to each other. I would like a colour that makes us distinguishable. I do like yellow.”

Jordan had made yellow liveries iconic in F1 from 1997 (and briefly in 1996) until the team’s demise in 2005. Naturally, the possibility of another yellow team in F1 triggered plenty of excitement – and the concept liveries from fans started flowing.

This next one is a concept design by Jon Rowlandson – the guy who ended up designing the first actual Haas livery in 2016. Apparently this was in response to a request from the team to “explore yellow, but also how that could be on-brand in the founding company’s red/black colours”.

…And before you ask, yes, that is the Brawn BGP001 that has been used as a basis.

Here are some more concepts that were knocking around at the time.

And what about this more recent one from The WTF1 Founder, who decided to replace the red of the 2020 car with yellow.

Remember ages ago when Haas said they wanted to bring a unique colour to the grid, like yellow? Switch the red to yellow and you've got the second coming of Brawn GP 😂 pic.twitter.com/kxiEOXlMpN

In the end, Haas opted not to go with yellow and instead stuck to its corporate colours of red, white, black, and grey, which it’s used in various combinations throughout the years (apart from during the Rich Energy season, anyway).

It’s kind of a shame – and a little bit ironic that the team initially wanted to inject more colour and variety into the F1 grid, and is now one of the only teams that seem to actively avoid colour. Maybe one day we’ll finally see the team take the plunge… 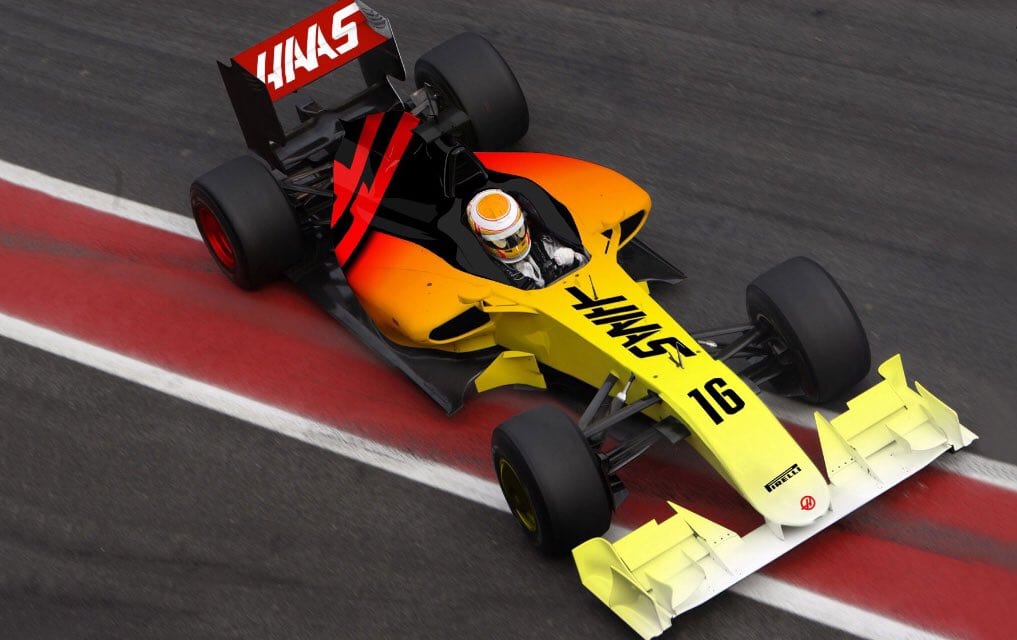