A Timing Error Means That Perez Still Scores Points Even Though He Crashed – WTF1
Skip to content
×
Formula 1 , News

After a dismal qualifying session saw him drop out in Q1, Perez was having an excellent race. He moved through the field early on, pitted late, and then had good pace on fresh tyres at the end as he made his way into the point. Attempting to pass Pierre Gasly for eighth on the final lap, the two cars clashed at the second corner and Perez was sent into the wall and out of the points.

Or so we thought. A problem in the timing system meant that the chequered flag lights were accidentally triggered at the end of lap 52 instead of the scheduled 53. As per the rules, that means that the race result has to be declared on the lap the flag came out, meaning that technically anything that occurred on the final lap didn’t actually happen. The result is that Perez stays in ninth place and picks up a couple of points – a decent result given what he was probably thinking when he was stuck in the barriers.

The contact itself looked a little bit like Gasly was more to blame than Perez so in a way, he’s a winner too – after all, the stewards can’t penalise him for an incident on a lap that didn’t officially happen… can they?

Races accidentally ended early tends to happen from time to time, the most recent of which was in Canada last year when guest flag-waver Winnie Harlow was instructed to wave the flag at the wrong time. Funnily enough, that affected Perez then, too, as his last lap overtake on Kevin Magnussen effectively didn’t count. Daniel Ricciardo also had his fastest lap taken away and given to Max Verstappen.

At Suzuka this year, the losers are Nico Hulkenberg, who drops back from ninth to 10th, and Lance Stroll, who doesn’t pinch that final point after all. But Leclerc ends up with some sort of penalty, that could all change. 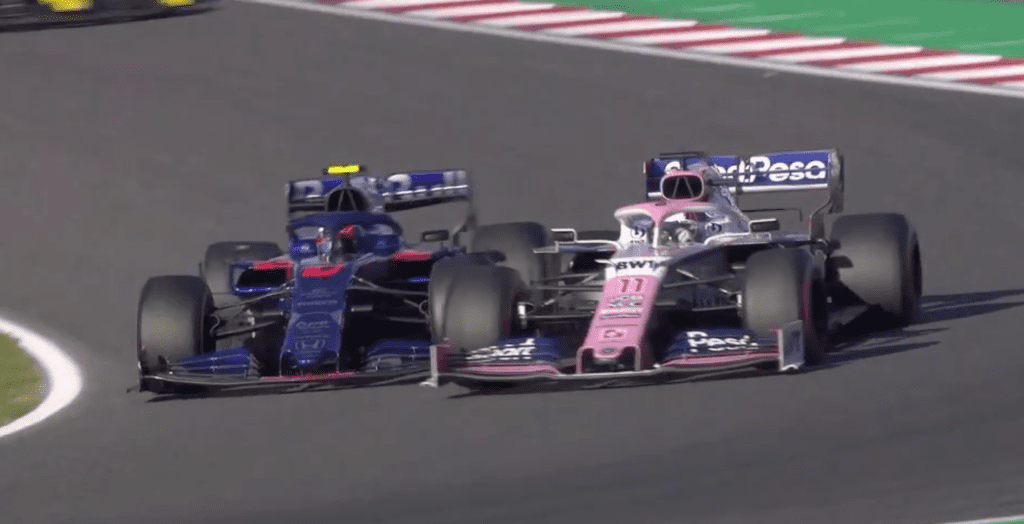