A Williams Engineer Accidentally Got Called Out For Wearing The Wrong Clothes On Live TV – WTF1
Skip to content
×
Formula 1 , Fun

During FP3, cameras picked up a shot of Claire Williams where her phone screen was clearly visible. A few years ago this would be no big deal (it’s not exactly a big deal here, either) but someone on Twitter was able to use the ultra-high definition picture decipher what was on her screen:

Ouch! You’d think that Williams, a former race and championship-winning team, would have bigger concerns than what Paul the engineer was wearing, but it just shows how seriously teams take every single aspect of the sport.

Still, Paul can at least be thankful he didn’t make this mistake at Ron Dennis-era McLaren. Wearing the wrong clothes with Ron around would probably have seen him relegated to gravel-polishing duties at the McLaren factory for a month… 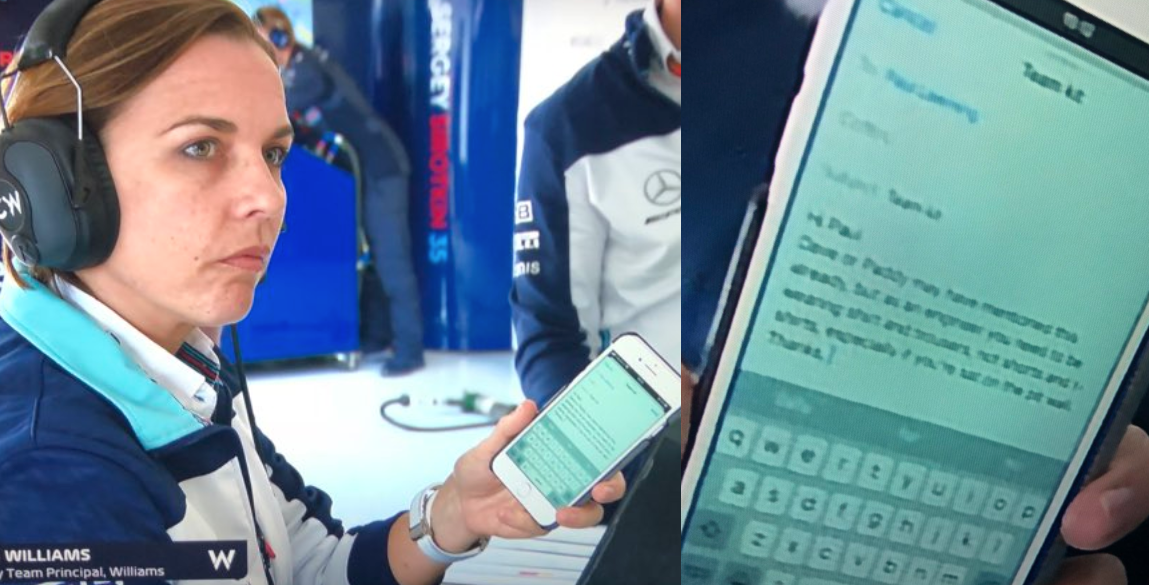