A Williams F1 Film Is Coming To Cinemas This Summer – WTF1
Skip to content
×
Formula 1 , News

A Williams F1 Film Is Coming To Cinemas This Summer

A new documentary film will be released this August on Williams, telling the remarkable story of one of F1’s oldest and most successful teams – which is celebrating its 40th anniversary this year.

Running through the Grove-based squad’s humble beginnings in 1977 to present day, it will be based on Lady Virginia Williams’ 1991 book called ‘A Different Kind Of Life’.

The book itself went through the history of the team from the perspective of Sir Frank Williams’ wife, detailing all of the ups and downs that accompanied its journey to championship victories.

The film also promises “candid never-before-seen accounts of what really went on behind closed doors” and “legendary racing footage”.

“I hope the fans enjoy the film as much as I’ve enjoyed being part of motor racing. I’m glad that both the people behind the team and my family come out as the true heroes of the story.”

“This film is a tale of two great loves in my father’s life. Everyone knows of Frank’s pure passion for motor racing, but not everyone knows the remarkable story of my parents’ marriage and how those two things co-existed during the highs and lows of the team’s journey.

“I am pleased that it shines a light on exactly how instrumental my mother was in the team’s success while also capturing the setbacks and her bravery in holding the family, and ultimately the business together, as the team went on to make history.”

‘Williams’ will premiere on 11 July at Curzon Mayfair in London and will have a general cinema release (and on Curzon Home Cinema) on the 4 August.

The film will then be released on DVD and Blu-Ray from the 14 August, so we don’t have too long to wait before it comes out. 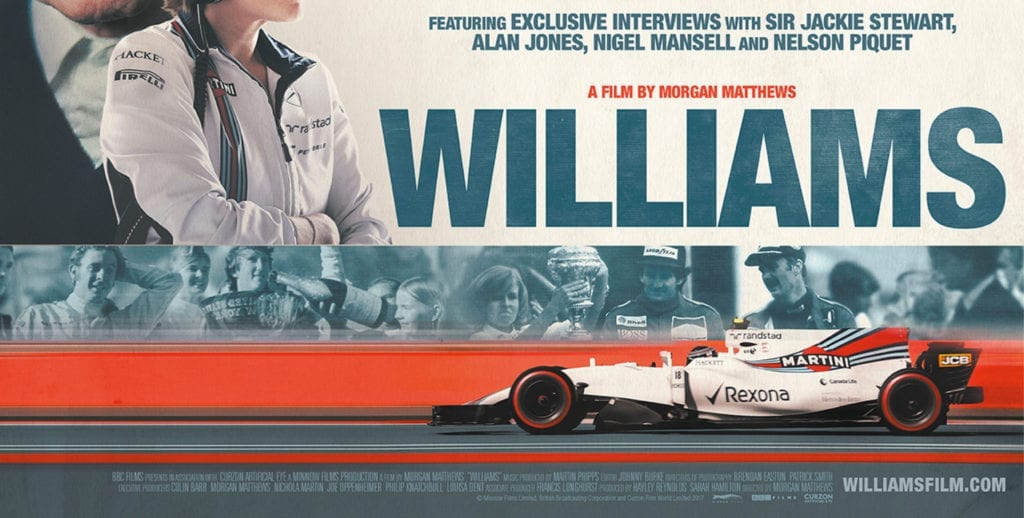