Abu Dhabi Showed Us Not All Non-Mercedes Wins Are Exciting

Just like that, the 2020 F1 season has come to an end. It’s a shame it wasn’t with a nail-bitter of a race to finish the year but here’s all the stories you need to know from the 2020 Abu Dhabi Grand Prix.

He’s been dominant all weekend, securing his first pole position in 2020 and going on to take victory by over 15 seconds today in a track that has previously seen Mercedes supremacy.

Although, a sneaky fastest lap from Ricciardo in the final seconds prevented Verstappen from achieving his first-ever Grand Chelem (pole position, fastest lap and winning while leading every lap in the same weekend).

This is his second victory of the year, and sees him finish just nine points behind Valtteri Bottas in the drivers standings. Not a bad effort from Max this year.

P1, YES BOYS 💪 A simply lovely race 🏆 🍾 This was the perfect way to end the 2020 championship. Thanks a lot, @redbullracing and @HondaRacingF1, and of course all fans 🙌 #AbuDhabiGP 🇦🇪 pic.twitter.com/84Y3Xwp2uI

It sounds more and more likely that Checo will be taking a sabbatical next year, with him having no confirmed seat yet for 2021. Unfortunately, he has gone from winning the last Grand Prix to retiring in the Abu Dhabi Grand Prix in lap 10.

He jumped on the back of the golf buggy and made his way to the paddock, being embraced by his Racing Point team and all his family. What a disappointing way to end what could be his last race in F1.

Although no diagnosis has been given yet, it’s believed it was a transmission issue.

With a strong fifth and sixth finish from Lando Norris and Carlos Sainz respectively, it means McLaren have wrapped up that all-important third place in the constructors’ championship and beaten rivals Racing Point and Renault in doing so.

The team will switch to Mercedes power units next year, and will welcome Ricciardo in place of Carlos for their driver lineup.

This result is McLaren’s best since 2012, when Hamilton and Jenson Button both brought the MP4-27 home to third place too.

Ferrari Mess Up Their Strategy… again

When Checo’s stranded Racing Point forced a Virtual Safety Car, followed by a Full Safety Car early on lap 10, all but five cars pitted. Both Ferraris were among these five, and it became quite evident that this was a big mistake.

Charles Leclerc faced several embarrassing passes from cars on fresher tyres, and Ferrari  finally pitted him after a 23-lap run on the mediums to hard tyres. As a result, he came out last and finished the race in 13th.

It’s heavily criticised every year, but today’s race really reminded fans how dull racing around the Yas Marina circuit can be. With very little on-track action, and the top three remaining the exact same throughout the race, it ended what has been a crazy year on a bit of a boring note.

Perhaps it’s a reminder of what incredible racing we’ve been lucky enough to experience throughout the year. 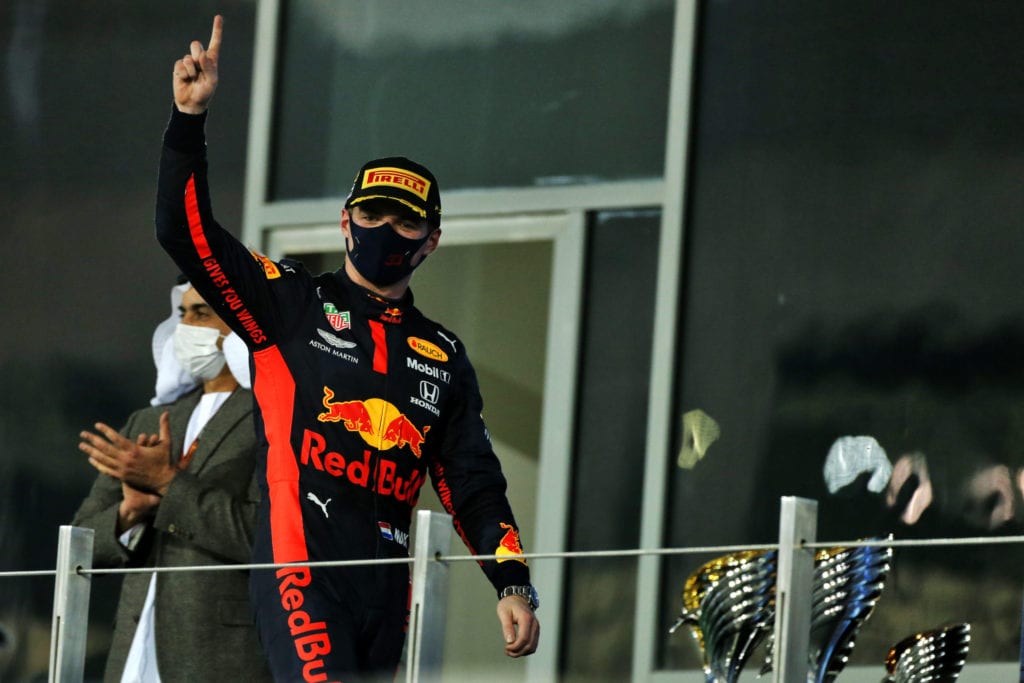