Acura took the wraps off its new DPi contender at The Quail, a motorsport gathering at Monterey Car Week, having previously given us a glimpse of the car in a video taken during testing earlier this month.

Named the ARX-05, it will make its debut at the opening round of the IMSA WeatherTech SportsCar Championship next year – the Daytona 24 Hours in January.

It’s an absolute stunner, isn’t it? Featuring aggressive aero, sharp lines and a cool livery that’s got some cool splashes of colour.

The DPi car is based off the Oreca 07 LMP2 machine but has its own Acura-specific bodywork, including the brand’s signature Jewel Eye headlights and eye-catching nose design.

Two drivers in Penske’s line-up have already been announced, with ex-F1 and IndyCar racer Juan Pablo Montoya sharing a car with Dane Cameron.

There hasn’t been any more news about the driver situation at Penske for the new Acura prototypes but current IndyCar driver Helio Castroneves has been linked strongly with a move.

The DPi machine returns Acura to top-level prototype racing for the first time since 2009, when it won the American Le Mans Series LMP1 title.

One thing’s for sure, the ARX-05 is one very good-looking prototype and we can’t wait to see it taking to the track and being pushed to the limit. 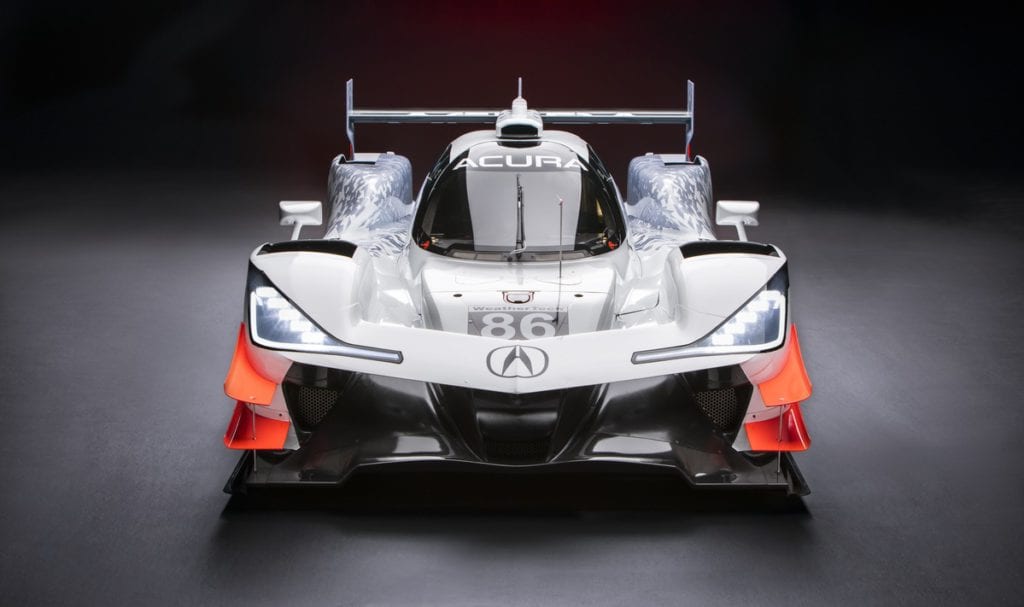