Adrian Newey Has Some Ideas To Make F1 Closer And Cheaper

With Formula 1 teams getting ever more spread out in terms of performance, Liberty Media is keen to introduce a cost cap to try and restrict the spending of the big teams, as well as making the prize money distribution fairer. That would hopefully bring the field closer together.

That would of course disadvantage the likes of Mercedes, Ferrari, and Red Bull, so chances are those three teams aren’t exactly going to get on board with the idea. Red Bull’s aerodynamic guru and F1 legend Adrian Newey has spoken up about it, and he doesn’t think a cost cap will work. Instead, he wants greater restrictions on how teams go about designing their cars, which would have the knock-on effect of reducing costs naturally.

Newey wants to completely get rid of wind tunnels so that teams have to rely completely on CFD (Computational Fluid Dynamics) to design the car (something Virgin racing did back in 2010). Newey told Auto Motor und Sport:

“[A budget cap] only works in theory, not in real life. Restrict the tools. Then we do not need so many people. From a technical point of view, they [wind tunnels] are dinosaurs that are about to die out anyway. We construct more and more with the help of the CFD simulation.”

To keep the costs down and stop things becoming another spending war, Newey suggested that every team could use a piece of standard CFD software. That would help prevent the best cars being made by the teams with the best equipment, and instead reward the efforts and ideas of the best engineers. He also thinks there should be restrictions on how many new parts teams can introduce to the cars during a season.

“If you’re only allowed to build five different rear wings a year, you’ll wonder if a special wing is useful for Monza or Monte Carlo. You then restrict yourself to the essentials.”

He still sees F1 as an engine formula, too, saying that the Mercedes’ engine is so good that Red Bull building a better chassis will never be enough to overcome its advantage – especially with Mercedes employing so many people.

“Mercedes is superior in all disciplines. Engine power, fuel consumption, drivability, MGU-H recuperation. You cannot make up for that with a better car. We have 125 people in the aerodynamics office, Mercedes has almost twice that number. The output is automatically higher.”

One of the things Newey spoke about in his recent book, How To Build A Car, was how sad modern F1 had become in that there’s so little scope for genuine innovation. As the sport’s most successful designer it’s an understandable point of view, and of course he’d be in favour of any rules which might allow him to have a greater overall impact on the performance of the car.

Even though his views are probably the way they are because they’d give a boost to Red Bull, they do make a good deal of sense. Liberty seems keen to push through the cost cap idea, though, so come 2021, that’s probably what we’ll be getting. What do you think? Let us know in the comments. 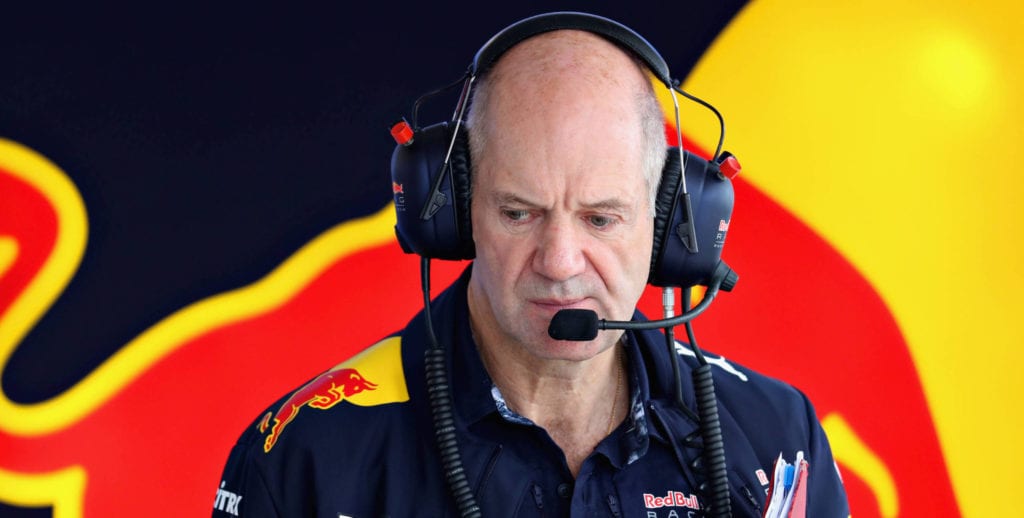