I didn’t know I wanted to pick up and read Adrian Newey’s autobiography, but it didn’t take many pages before I knew I was going to have a hard time putting it down.

After a brief introduction to the early part of his life, Adrian gets stuck in to the real meaty bits of his career – that is, how he went about designing and engineering racing cars.

We all know him from his time spent designing championship-winning cars for Williams, McLaren, and Red Bull (all of which are comprehensively covered in the book) and indeed he devotes plenty of time and chapters to those cars.

That said, he doesn’t skimp on the early part of his career either, when he was designing sportscars and IndyCars for March, finally breaking into F1 properly in 1988. Those early chapters make for intriguing reading, not least because many of the ideas and principals he developed back then can still be seen on his cars today.

Thankfully, it doesn’t go overboard with needlessly in-depth descriptions that require a degree in mechanical engineering to understand. Instead, Adrian manages to put across his ideas and thought processes with incredible clarity, and seamlessly mixes the more technical stuff with plenty of amusing anecdotes; it’s perhaps not surprising that such a creative person is able to express himself so effectively.

The whole book is filled with some of his own technical drawings as well – a nice touch.

One of the most interesting themes of the book is how he deals with the quandary of certain aspects of design: do you go with a safer but slower solution, or a more dangerous but ultimately faster one? It’s a huge part of the chapter on the Williams FW16 and how he had to deal with the death of Ayrton Senna. It’s clear just how much he was affected by the whole situation, even all these years later.

The circumstances surrounding his departure from Williams and subsequently McLaren are also incredibly revealing, as is his opinion on how the sport has changed in recent years.

That’s not to say it’s all a heavy-going book, though. There’s an absolute tonne of light-hearted anecdotes, and Adrian isn’t afraid to speak his mind on certain things – particularly when it comes to Ferrari. There are plenty of amusing Ron Dennis stories as well (always a good thing), like the time he painted his office a colour other than Ron Dennis grey.

In general, F1 autobiographies tend to be a bit hit and miss – sadly more often than not falling on the ‘miss’ side – but ‘How To Build A Car’ is an emphatic hit. It’s one of the most enjoyable F1 books I’ve read in quite some time. 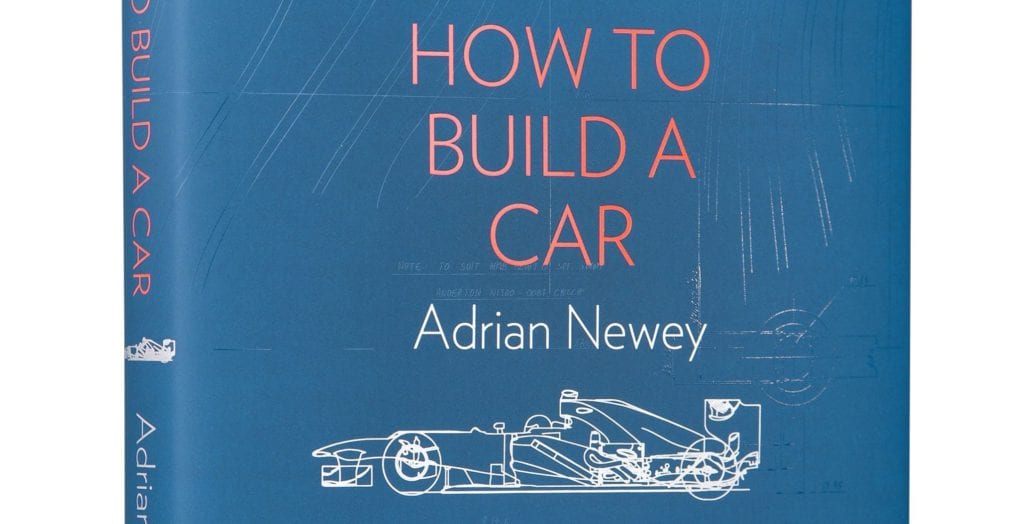