Albon Had A Bet With His Williams Team If He Secured More Points In Miami – WTF1
Skip to content
×
Formula 1 , Fun , News
0 comments

Alex Albon has been sporting some rather vibrant red hair in Miami this weekend. The Williams driver coloured his hair before the Australian Grand Prix, finished 10th, and got points for the team. However, the dye faded for Imola, and Alex finished in 11th.

In an attempt to generate more luck for the team, Albon revealed that he re-dyed it just for this event, and it worked!!

He managed to secure a provisional 10th place finish in Miami and revealed on Sky Sports that he’d made a bet with his team if he got more points!

“Before the weekend started, we did say that if I scored points this weekend, the whole team were going to dye their hair red,” Albon said.

“I just went to the engineering room, and they are all starting to backtrack their comments. They were like, ‘oh it was a podium’, and I was like, no it wasn’t.”

We certainly want to see that, and we’re actually warming to his new hairdo! 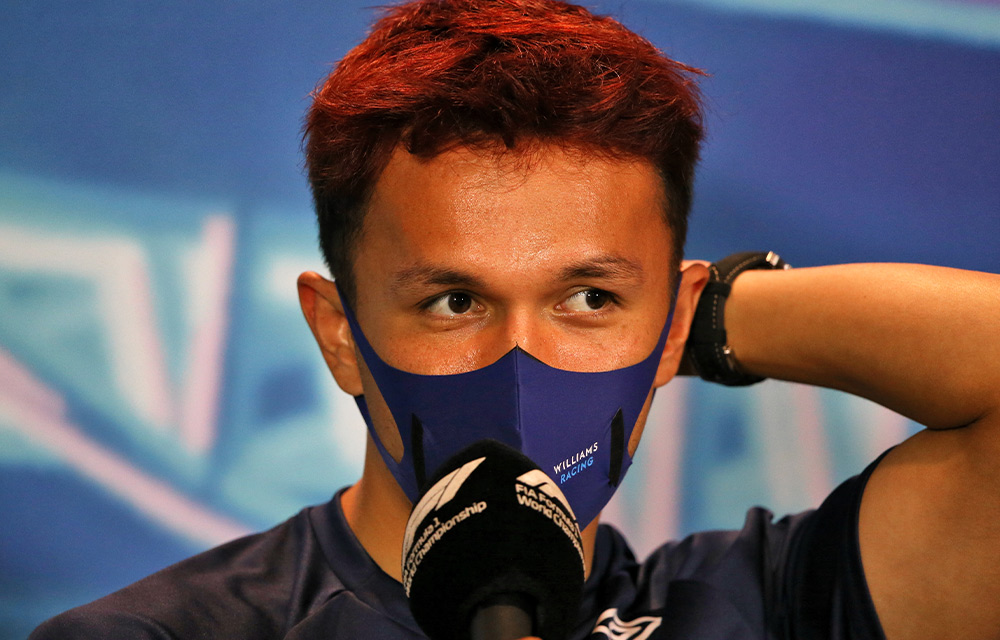