Albon Will Replace Gasly At Red Bull For The Rest Of The Season – WTF1
Skip to content
×
Formula 1 , News

Gasly’s season has been pretty miserable. I don’t think anyone really expected him to be a genuine threat to Max Verstappen, but we were hoping for a little more than a driver struggling to beat the midfield teams on a regular basis. That put his position in the team under intense scrutiny and, despite assurances he’d see out the season, it seems enough is enough: he’ll be a Toro Rosso driver once again in Belgium.

He’ll be replaced by Alex Albon who, with just 12 grands prix under his belt, is the most inexperienced (in F1 terms) driver to race for Red Bull since Robert Doornbos in 2006, back was it was still very much a midfield team. No pressure, then! A team statement read:

“Red Bull are in the unique position of having four talented Formula 1 drivers under contract who can be rotated between the Team and Toro Rosso. The Team will use the next nine races to evaluate Alex’s performance in order to make an informed decision as to who will drive alongside Max in 2020.”

After a difficult start to the year, Gasly then managed a few distant fifth and sixth places before slipping into a bit of a rut again. At Silverstone, he seemed to turn a page and was competitive all weekend, managing a career-best-equalling fourth. At Hockenheim he wasn’t a million miles away from outqualifying Verstappen, even if his best lap was deleted for track limits, but since went back to battling the midfield in the race and in Hungary, suggesting that the good performances were occasional blips rather than an upward trend. The fact that Verstappen consistently fought for wins only hurt Gasly’s status further and, with Red Bull having a chance to beat Ferrari in the constructors’, a change looked ever more inevitable.

It’s a remarkable turnaround for 23-year-old Albon. At the start of 2018, he was only racing in Formula 2 on a race-by-race basis and looked like his single-seater career was in danger of fizzling out. A championship challenge re-affirmed just what a talented driver he was and attracted the attention of Nissan in Formula E. Then, when Red Bull’s plans were thrown askew by Daniel Ricciardo leaving for Renault, a series of events (including former Red Bull junior Dan Ticktum failing to accumulate enough super licence points) led to Albon being extracted from his Formula E contract and placed into F1 with Toro Rosso.

His rookie season has been seriously impressive as he’s regularly scored points and been competitive against experienced teammate Daniil Kvyat, with a best result of sixth in Germany. Red Bull has clearly seen enough in Albon to make him worthy of promotion to the main team ahead of Kvyat. After all, he came close to beating Charles Leclerc in the 2016 GP3 championship – if he can be as good as Leclerc in similar F1 machinery, you get the sense Red Bull will be pretty pleased with their decision.

As for Gasly? Some races in a Toro Rosso an out of the spotlight might do him good – he only needs to look at his teammate to see that it’s not necessarily the end of the road. 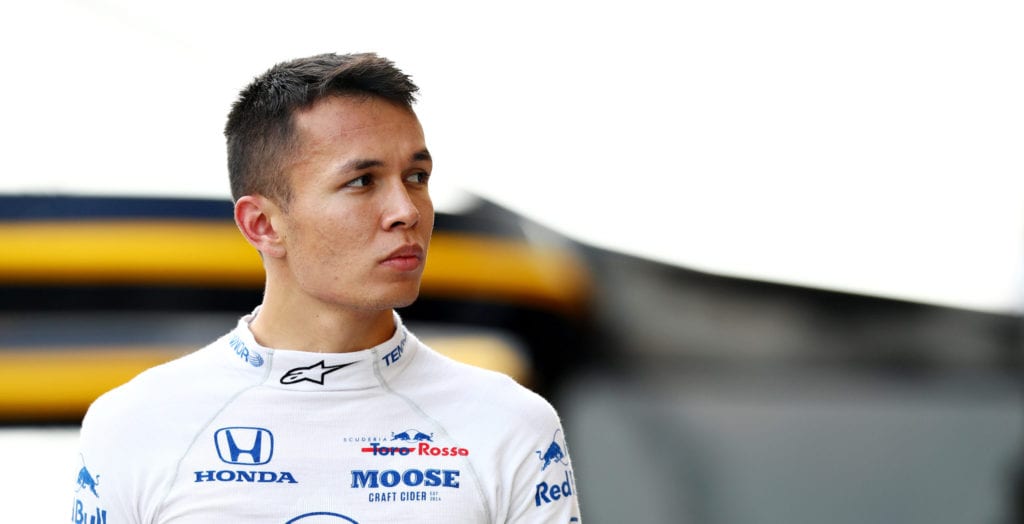