Albon Will Stay At Red Bull Next Year, Gasly And Kvyat To Remain At Toro Rosso – WTF1
Skip to content
×
Formula 1 , News

Albon Will Stay At Red Bull Next Year, Gasly And Kvyat To Remain At Toro Rosso

After swapping seats with Pierre Gasly mid-season, Albon has proven his worth as an F1 rookie thrust into an unfamiliar car. OK, he’s not exactly been on Max Verstappen’s pace, but the way he goes about his racing has been a world of difference from Gasly, especially when it comes to making ballsy overtaking moves. He’s also been consistent and showing signs of improvement, enough to stay put for next year. Team principal Christian Horner said:

“Alex has performed extremely well since his debut with the team in Belgium and his results – seven finishes in the top-six – speak for themselves. It’s extremely hard to deny that level of consistency and in tandem with a growing reputation as a tenacious, fiercely committed racer, Alex has proved that he fully deserves to continue his progress with Aston Martin Red Bull Racing. There is plenty of potential still to unlock and we look forward to seeing Alex alongside Max in 2020.”

That also means that Toro Rosso – or rather, Alpha Tauri – is sticking with its driver line-up – not exactly a surprise given that Helmut Marko already let the cat out of the bag. Gasly will continue to rebuild his reputation after being dumped by the main team, while Daniil Kvyat is… well, doing pretty much exactly the same thing.

That the Red Bull teams will have the same four drivers at the start of 2020 isn’t exactly surprising. The bigger question is whether they’ll all be in the same seats at the end of it! 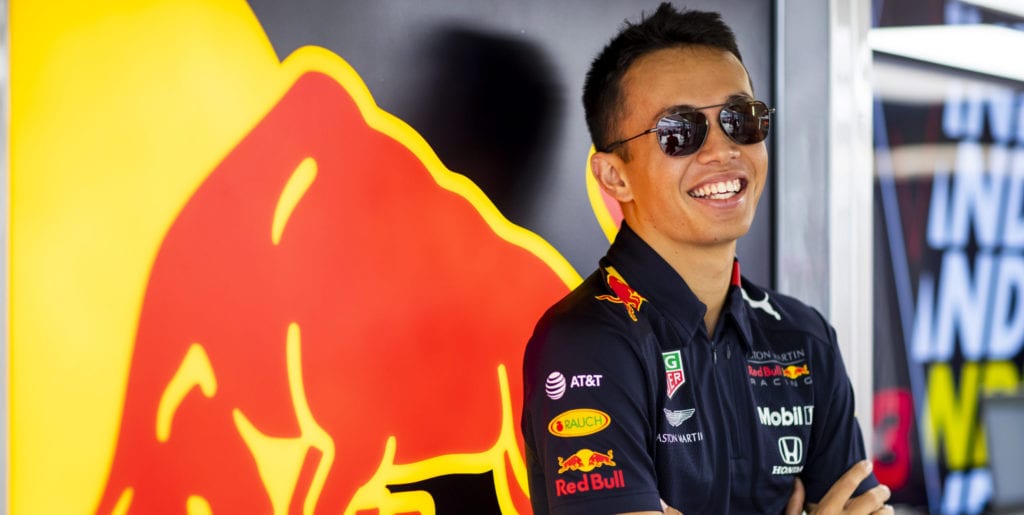