The Baja 1000 is a bonkers, long-distance, off-road endurance event that’s been around for over 50 years. This year Rossi decided to give it a punt (hey, IndyCar has a long off-season) and quickly found out something he’d probably never have experienced in his career before – a car coming the wrong way.

It wasn’t a course vehicle though, or even a disoriented competitor – just a fan who thought it’d be neat to drive down a road filled with blind crests in the wrong direction.

Still a long way to go for my @hondaoffroadracing boys. But until then…here’s my #ohshit moment of the day. #lol 🎥 x @k_whyle

And from another angle…

Through little more than dumb luck, the only damage was to the driver’s door mirror as Rossi’s trophy truck grazes the side of it in mid-air. 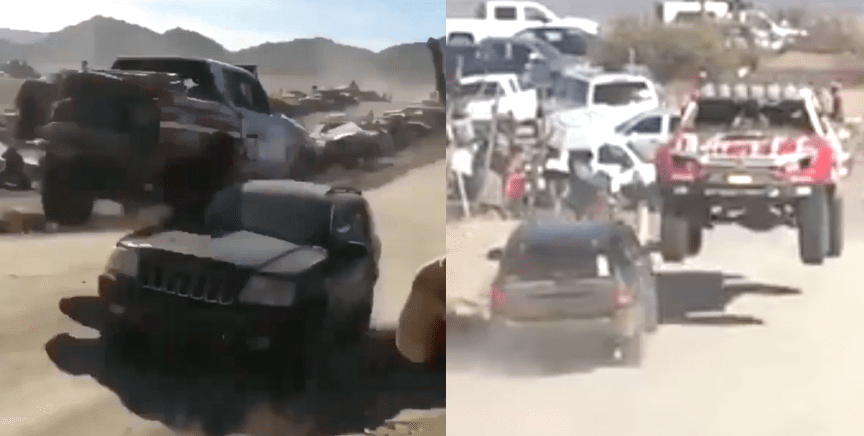