Alfa Romeo Has A Special Valentine’s Day Livery For The Shakedown Of Its C39 – WTF1
Skip to content
×
Formula 1 , News

Keen not to be the second team whose name sounds like ‘Alfa’ to launch their car today, Alfa Romeo has snuck in ahead of Alpha Tauri and posted some shots of Kimi Raikkonen putting the new car through its paces at Fiorano ahead of its ‘official’ launch before testing begins on Wednesday next week.

This is exactly the same as what happened last year – and, just like last year, the team has come up with a snazzy livery to commemorate Valentine’s Day, with the Alfa logo appearing in heart-shaped form.

The base of the livery is also covered in scales – a nod to the man-eating snake featured on the badge.

It’s a real looker – although unlike last year, this time it doesn’t look like there’s a radical front wing to whip up an internet storm.

Chances are the actual race livery will be revealed on Wednesday and, unlike some of the other teams so far, chances are it might be a bit difference, what with the arrival of PKN Orlen as a major sponsor. 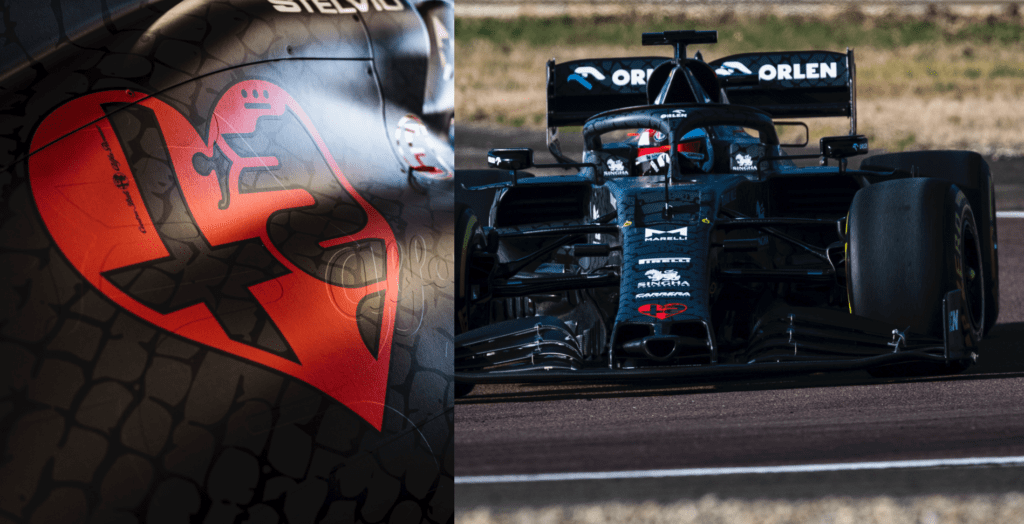